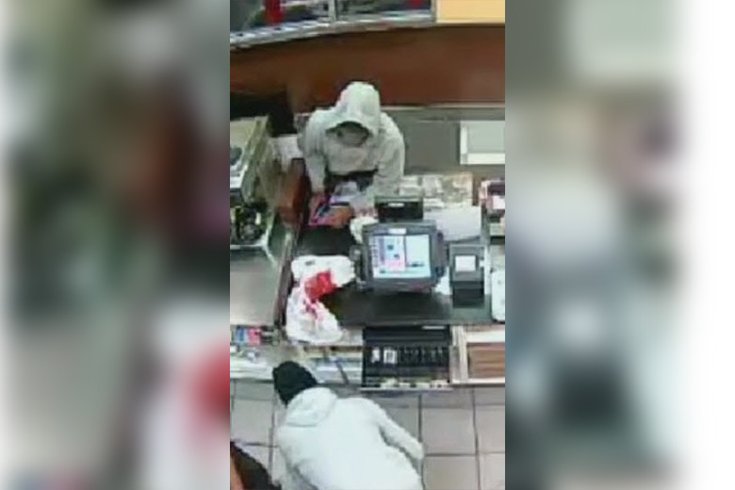 Police are looking to identify and locate the suspects they say robbed a Dunkin Donuts in North Philadelphia.

Police are seeking the public's help in finding two suspects who allegedly robbed a Dunkin Donuts in North Philadelphia at gunpoint.

In surveillance video released by police Monday, two unknown male suspects can be seen entering a Dunkin Donuts at 839 N. Broad St. on Thursday at 7:45 p.m.

The suspects, armed with handguns, demand money from the cash register, police say. One of the suspects jumps over the counter. Police say he went into the back area attempting to access an office.

According to police, after taking an unknown amount of money from the register and a change bag, both suspects fled through a rear door. They were last seen heading east on Poplar Street.

Suspect 2: Black male, 5 feet 5 inches tall, with a slim build, dark complexion and bald head. He was last seen wearing a gray hooded sweatshirt, dark colored mask and was armed with a handgun.