Comedies “Pineapple Express,” “Spanglish” also will be available on the streaming platform next month 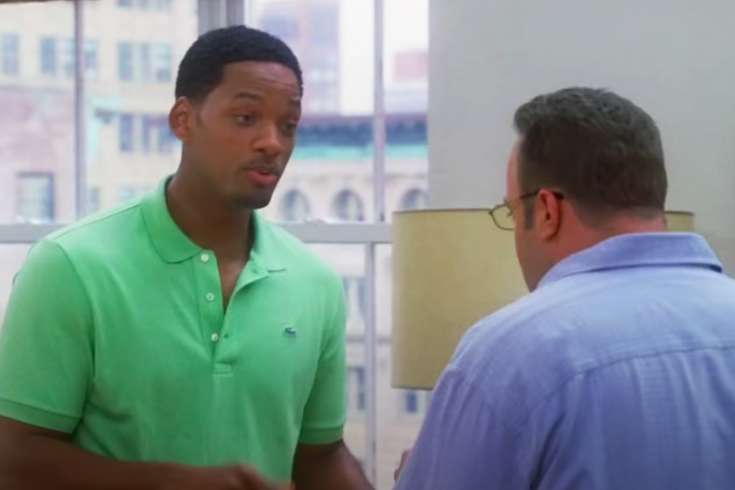 Will Smith plays a professional matchmaker in the popular 2005 romcom "Hitch."

The month of July will be a big one for Will Smith: The Philly native will have two of his most well-known films, “Hitch” and “Ali,” coming to Amazon Prime Video next month.

MORE: ESPN's 'The Last Dance' among new titles coming to Netflix in July

In the 2005 romantic comedy “Hitch,” Smith stars in the film alongside Eva Mendes and Kevin James. Smith plays a professional matchmaker who helps men, including James’ character, find love. However, the film highlights the struggle of Smith’s character to find his own true love, though he eventually does so with Mendes’ character.


Smith depicted boxer Muhammed Ali in the 2001 sports biopic film “Ali” about the life of the heavyweight champion. Smith stars in the film alongside Jon Voight and Jamie Foxx. Unlike “Hitch,” “Ali” was not a hit at the box office. However, both Smith and Voight were nominated for best actor and best supporting actor at the Oscars and Golden Globes in 2002.


“Hitch” isn’t the only notable comedy coming to Amazon Prime Video in July. The 2008 film “Pineapple Express” starring James Franco and Seth Rogan, as well as the 2004 film “Spanglish” starring Adam Sandler, will become available on the streaming platform next month too.

Here is a complete list of every movie and television show that will come to Amazon Prime Video in July.

Radioactive
If You Give a Mouse a Cookie
Jim Gaffigan: Pale Tourist