Woman killed after being hit by SEPTA train in Ambler 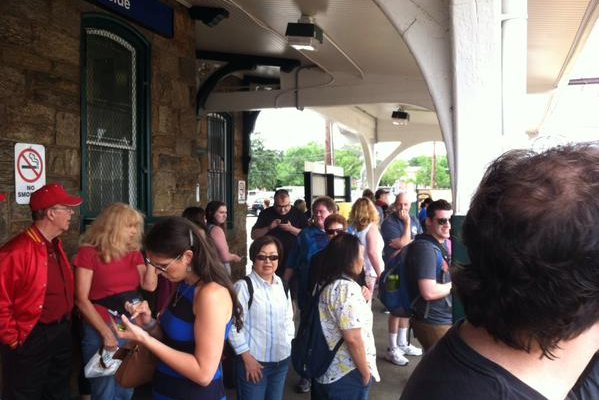 Passengers wait at the Glenside SEPTA stop after being transported from Ambler following an incident where a train fatally struck a woman.

A woman was fatally struck by a SEPTA train in Ambler Sunday morning, NBC Philadelphia reports.

The incident occurred on the Lansdale/Doylestown line around 11:00 a.m. The woman was reportedly standing in a restricted area when she was struck.

Service was temporarily suspended on the line between Doylestown and Glenside following the incident due to police activity. SEPTA has since posted delay information on the Lansdale/Doylestown line.

NBC reports that passengers on the train were transported on buses after the accident. A Twitter user posted a photo of passengers taken from the Ambler stop to the Glenside stop.

Looks like they bused over everyone from Ambler because of the accident, but still no train. #septa pic.twitter.com/4kGkwOH41p

Police are investigating the incident.