OB/GYNs explain how they counsel patients of advanced maternal age 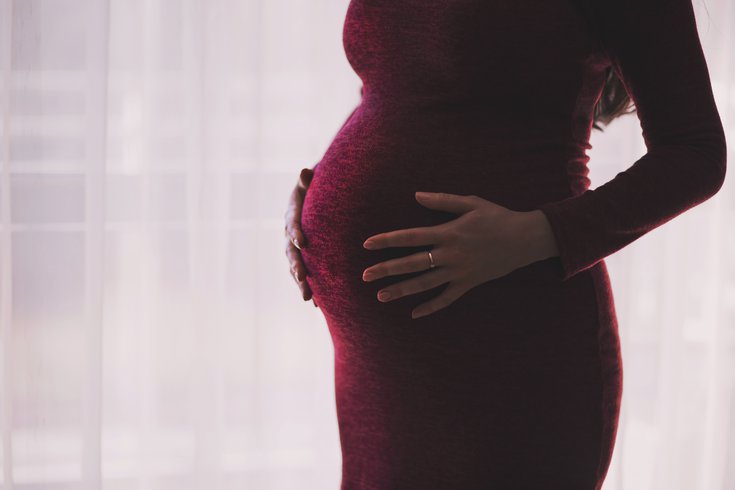 'A lot of pregnancy outcomes are determined by how healthy we are going into the pregnancy and these health conditions tend to increase as we get older,' says Dr. Shannon Davids, an OB/GYN at Jefferson Health.

A survey released earlier this summer by the Guttmacher Institute found that 34% of women say they will delay getting pregnant – or have less children – because of the COVID-19 pandemic.

That sentiment falls in line with a pre-existing trend to delay pregnancy. The average age of first-time mothers in the United States and developing countries has been gradually increasing for the last 30 years. Financial concerns and a desire to focus on their career are two common reasons women delay having children.

While fertility treatments, like intrauterine insemination, and assisted reproductive technology, such as in vitro fertilization, have made it easier for women to become pregnant at a more advanced age, there are still some increased risks involved in pregnancies over the age of 40. That includes both conception and the pregnancy itself.

PhillyVoice asked local OB/GYN specialists to share how they counsel patients nearing 40 who are concerned about their ability to have children.

"Pregnancy over 40 looks different for different women," said Dr. Shannon Davids, an OB/GYN at Jefferson Health. "It can still happen naturally and be a pretty uneventful pregnancy.

"Many of these patients assume the pregnancy will be high risk and while it is a little higher risk compared to pregnancy at 25, it doesn't necessarily mean you will need a high-risk doctor. You can still have normal, healthy outcomes."

But for some women over 40, the journey to motherhood isn't so easy, she said. And fertility treatments and assisted reproductive technology can't always help.

There, doctors can discuss the chances of getting pregnant and any potential health concerns like endometriosis, chronic hypertension or lupus that could affect the pregnancy.

Kramer said she likes to talk to her patients about fertility and the importance of knowing what they want.

"A woman's fertility starts to decline in her 30s, more rapidly in her mid 30s, and by age 45 it is so low she is unlikely to conceive naturally," she said.

Women are born with a fixed number of eggs in their ovaries. That number declines as they age. Another complication is that eggs are more likely to have chromosomal abnormalities as women grow older. By age 44, about 99% of a woman's eggs have abnormalities, Kramer said.

Some women look at celebrities getting pregnant in their 40s and assume they won't have any trouble either, but that isn't necessarily the case, Kramer said. It is hard to predict the challenges a woman will face conceiving, or whether there will be any pregnancy complications.

That's why women should know all of their options and any possible risks involved, the specialists said.

The general rule of thumb is that couples should first try to conceive on their on. If that doesn't happen within six months, they can be referred to a fertility specialist. Women over 40 have an option to see a specialist right away.

Egg freezing is one option for women who know they want children in the future, but are not yet ready for them. For the best results, it should be done in a woman's early 30s, Kramer said. The quality and quantity of eggs is most important when it comes to conception.

Davids emphasized the importance of addressing any medical issues prior to conception to improve the chances of a healthy pregnancy. Smoking, for example, can decrease fertility and cause a women to go into early menopause.

"A lot of pregnancy outcomes are determined by how healthy we are going into the pregnancy and these health conditions tend to increase as we get older," Davids said.

"A woman over 40 who eats well and exercises is going to have an easier time than someone with underlying health conditions," Mulla added. "If you are healthy, there isn't a huge reason to worry."

Know risks to you and your baby

Trouble conceiving isn't the only risk a woman of advanced maternal age needs to consider.

Such women also have an increased risk for various pregnancy complications.

That includes an ectopic pregnancy — when the fertilized egg attaches itself outside the uterus. Also, the chances of premature or still birth are greater. And women are more likely to have twins or multiples.

Chances of intrauterine growth restriction – when the fetus is not growing at a normal rate – also increases with a mother's age, Kramer said. Problems with the placenta are often to blame. When the placenta is made up of older cells, it might not perform as well.

Preeclampsia and gestational diabetes are two other complications that are more likely to develop in older pregnant women.

Untreated gestational diabetes can cause the baby to grow much larger than average, leading to delivery complications, premature birth and high blood pressure.

Preeclampsia can lead to liver or kidney dysfunction, headaches, vision changes and fluid in the lungs. It also can cause premature birth and the need for a cesarean delivery.

"These women also have a slightly higher risk of miscarriage," Mulla said. "Their baby's risk of chromosomal defects is also higher. Down syndrome is the most common genetic syndrome.

"Because of these increased risks to mother and child, women of an advanced maternal age are monitored a little more closely during their pregnancy."

Advanced maternal age is considered 35 and older. At that point, expectant mothers can expect extra and specialized ultrasounds to check on the growth and development of the bay, as well as more frequent fetal non stress tests. Prenatal testing for chromosomal abnormalities also is being done later in the pregnancy.

Overall, the healthier a woman is, the better chance she will have a healthy pregnancy, experts said.