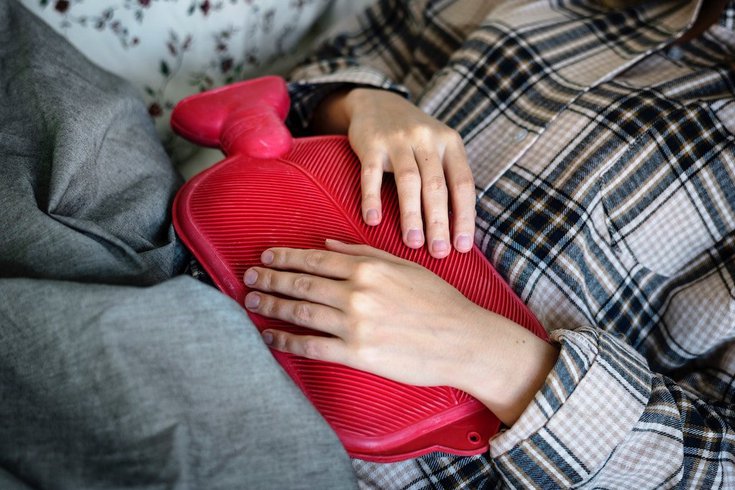 Abdominal discomfort and changes in bowel habits are common symptoms of colorectal cancer.

Risk factors for colorectal cancer are rising in the United States, particularly among millennials.

The rates of Crohn's disease and ulcerative colitis are up 14% among commercially-insured adults ages 22-37, according to a Blue Cross Blue Shield Association report released Monday. The rates of diabetes and diagnosed obesity are up 35% and 100%, respectively.

People with Crohn's and ulcerative colitis have almost double the risk of developing colorectal cancer. Those with diabetes or diagnosed obesity have a 1.7 and 1.3 times greater risk, respectively.

A previous BCBS report found that millennials have a higher prevalence rate for type 2 diabetes, Chron's disease and ulcerative colitis than Generation X did at the same age. And though the overall colon cancer incidence rate is falling, it is rising among younger adults.

The U.S. Preventive Services Task Force recommends colorectal cancer screening begin at age 50, but people with Crohn's disease or other risk factors should get screened earlier.

The timing of screening matters, too. Colorectal cancer prevalence rates increase by 50% from age 50 to 55.

Though early detection and treatment can make a big difference in patient outcomes, screening rates are still low.

About 60% of people 50 and older and nearly half of people with Crohn's or ulcerative colitis aren't getting screened, according to the BCBS report. It cites a lack of awareness regarding the importance of screenings and anxiety about the process as the driving factors.

"It is concerning that many Americans are not getting screened for colorectal cancer," said Dr. Richard Snyder, chief medical officer and executive vice president at Independence Blue Cross. "Regular screenings can identify polyps before they become cancerous and colorectal cancers at an earlier stage, thereby improving treatment outcomes.

"It is likely that screening rates dropped during the pandemic since many people put their regular preventive care on hold. However, we are continuing to educate our members and others about the importance of colorectal screenings and the various options available to them."

The most common screening tests are colonoscopies. Other options include Fecal Immunochemical and Fecal Occult Blood tests, both of which test for blood in stool.

Colorectal cancer usually begins as polyps on the inner lining of the colon or rectum. Symptoms include a change in bowel habits that persist for more than several days, rectal bleeding, blood in the stool, abdominal cramping and fatigue.

The health insurance company also has a program to encourage the use of the Fecal Immunochemical Test, which is mailed directly to eligible members. Their results are shared with their physicians.