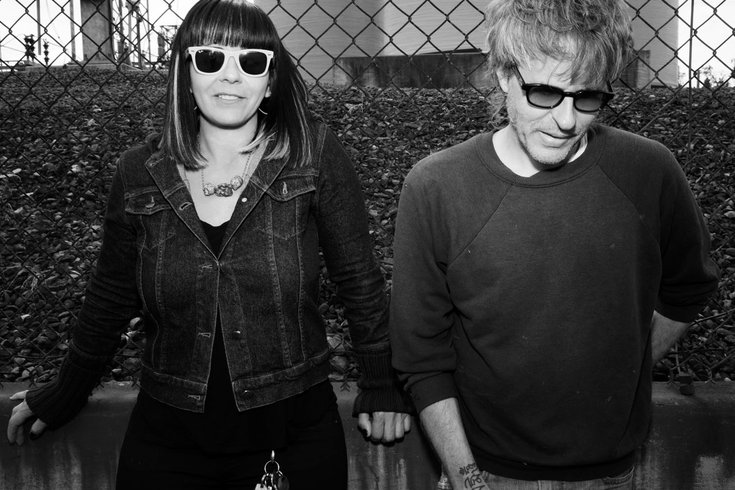 Say you’re on a sinking ship.

People are freaking out. Fighting for floaties.

Shoving each other aside for a glimpse of a chance of a spot on a lifeboat.

Now, in that moment, do you wanna hear some maudlin string quartet creaking out “Nearer My God to Three?” No. Trust me: You want Quasi. Nobody embraces the meaninglessness of existence like this Portland band (Sam Coomes and Janet Weiss, also of Sleater-Kinney), which is due to play Johnny Brenda's on Friday.

In fact, they like to give you that “what was the point of this?” feeling for all occasions, not just when you’re looking death in the face. The lyrics concern themselves with the dumb every day we’re all slogging through. The trick, the spoonful of sugar that makes the existential medicine go down, is their pretty, pounding, generally upbeat music. It’s rock ’n’ roll, often catchy and showy, sometimes straight-up glorious. And just about every word of it reminds you that you’re just some mindless zombie mouse in a maze with no cheese.

Anyway. Listen to these songs or don’t.:

“Life is dull life is gray,

at its best, it's just okay

but I'm happy to report

“Common as the cold

up for sale, never sold

getting older and it shows;

your disappointment only grows

and no one seems to care

who said life was fair?

“You need the money so you got to play it dumb

pay your rent, pay your bills, pay the doctor for your pills

so you can work another day

as life slips away”

as you run at your fleeting dreams”

“Work and slave and skimp and save

and you can buy yourself a bigger cage”

“You give and you take

and I do the same

it’s just the way it is

cause it’s your life to live or to lose

"So long stuck in the sand on the shores of oblivion

drifting out to sea

"You can be so heartless; I can be heartless too

and we can wound each other — isn't that what people do?

you can't be betrayed when there's nothing to betray

you can't throw it all away

when there's nothing there anyway

nothing from nothing leaves nothing."

“I'm fixing up my coffin

where one day I will lie

I can hardly wait until

the day when I should die”

“You f---ed yourself and you're looking for the goat

you placed the blame but missed the boat”

“A machine came knocking at my door

I could see he wouldn't get too far

shape of a man; soul of a car

soon we'll all be dead.

it makes me feel so comfortable”