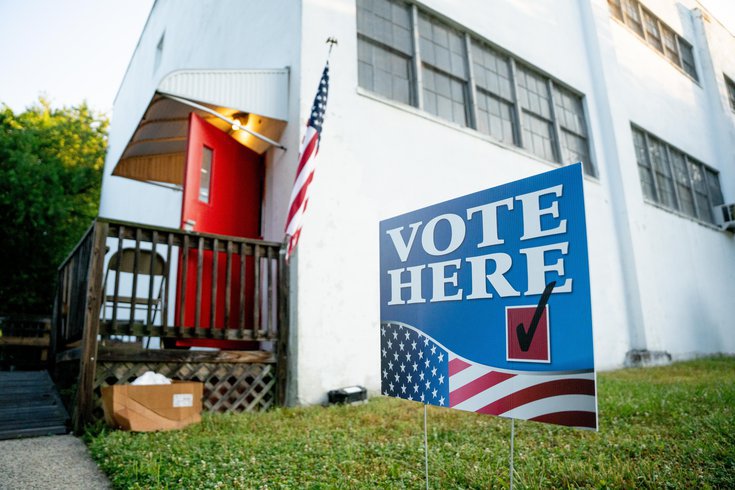 New Jersey has several tight races in the 2020 election, from hotly contested Congressional seats to a ballot question on the legalization of marijuana.

Here's a rundown of all the New Jersey elections that PhillyVoice is following on election night and links to where you can find more coverage – aside from the presidential race between President Donald Trump and former Vice President Joe Biden. That coverage can be found here.

Check back often as this article will be updated frequently as New Jersey's 2020 election results come in throughout the night and in the coming days.

One of Election Day's most watched congressional races will take place in South Jersey, where Republican U.S. Rep. Jeff Van Drew is trying to stave off a challenge from Democrat Amy Kennedy.

Van Drew is seeking a second term representing New Jersey's 2nd Congressional District after getting elected as a Democrat and flipping the district from Republican control in 2018.

Near the conclusion of his first year in Washington, D.C., Van Drew announced that he would switch to the Republican Party after voting against the impeachment of President Donald Trump and pledging his "undying loyalty" to the president.

Kennedy has vowed to shake-up longstanding political traditions in the region and has positioned herself as an advocate for affordable health care, lower drug prices, and relief from the economic crisis of the ongoing COVID-19 pandemic. She is the wife of former U.S. Rep. Patrick Kennedy, son of the late U.S. Sen. Ted Kennedy.

New Jersey voters have passed a statewide ballot measure to legalize recreational marijuana, overwhelmingly deciding in favor of a constitutional amendment that will make cannabis accessible to adults age 21 and over.

The Associated Press called the ballot question with about 58% of precincts reporting, with 67.25% in favor of the measure.

The ballot question ends years of legislative efforts that came up short in New Jersey.

Recent polls showed many New Jersey residents are in favor of the constitutional amendment, by a measure of 2 to 1, according to surveys. Eleven states and Washington, D.C., have legalized recreational marijuana since 2012, and New Jersey is one of four states where voters are being asked whether they support adult-use legalization of pot for non-medical purposes.

Sen. Cory Booker of New Jersey will be heading back to the U.S. Senate for a second full term after he defended his seat against Republican challenger Rik Mehta in Tuesday's election.

The Associated Press immediately called the race after polls closed at 8 p.m.

Booker has served in the U.S. Senate since 2013 when he became the first Black man to be elected senator in New Jersey.

His Republican opponent Mehta emerged atop a pack of five candidates to win New Jersey’s Republican Senate primary by five points in June.

Had he been elected to the Senate, Mehta said he would have focused on lowering the cost of health care and bringing more medical manufacturing jobs to New Jersey. He also wanted to grow small businesses, cut regulations, and enact a balanced budget.

Norcross has held the South Jersey district covering Camden County and the surrounding suburbs since 2014. He has now won a fourth term in a district that reliably leans toward Democratic candidates.

During his first three terms, Norcross has focused on bipartisan legislation to bring jobs to New Jersey and increase the state's minimum wage. As an electrician and labor leader, Norcross has worked to strengthen workplace protections and advocated for paid leave and equal pay.

Gustafson, a businesswoman in the retail sector, is currently president of Camden County New Jersey Republican Women and previously served as a school board member for the Collingswood Public Schools.

During her campaign, Gustafson attacked "special interests" in Camden County and singled out economic development on Camden's Delaware River waterfront as a long-term project that has not delivered promised jobs to local residents.

The Associated Press called the race for Kim early Wednesday morning, with the Democratic incumbent earning nearly 55% of the vote with almost 59% of precincts having reported results. Election results are considered unofficial until certified by state election officials.

Kim has now earned a second term in Congress after he flipped the district from red to blue in 2018 when he defeated Republican U.S. Rep. Tom McArthur.

The 54-year-old Richter formerly was CEO of the construction consulting firm Hill International, where he says he grew the organization from a struggling business with only a few hundred workers into a public company with thousands of employees in public works and infrastructure.

Richter initially ran for office in New Jersey’s 2nd Congressional District, but he withdrew from the primary after U.S. Rep. Jeff Van Drew switched parties in December 2019 and earned the backing of President Donald Trump.