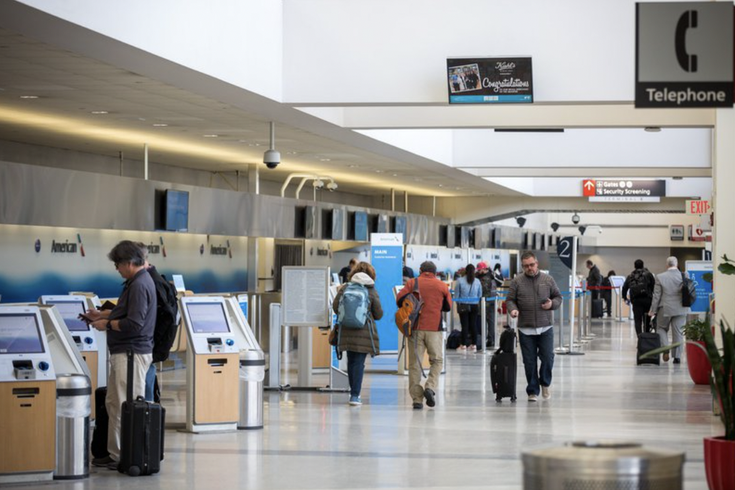 Philadelphia International Airport scored the lowest in customer satisfaction among large airports in North America, according to a survey done by research analytics firm J.D. Power.

Travelers who have flown at least once over the last year ranked Philadelphia International as the worst large airport in all of North America, according to a report from J.D. Power.

The research analytics firm released its annual list that surveyed 26,529 people on their experience and overall satisfaction. PHL ranked dead last out of 27 large airports, which are defined as those with at least 10 to 32.9 million passengers each year.

This is the second consecutive year that PHL was at the bottom of the list. Out of a possible 1,000 points, it was awarded 729 – a 30 point drop from last year. It was just behind Honolulu International, which received 758 points. Tampa International was ranked the best, collecting 846 points.

Michael Taylor, travel intelligence lead at JD Power, said that this year's rankings indicate a return to numbers that were typically seen before the COVID-19 pandemic – but it's definitely worse.

“The combination of pent-up demand for air travel, the nationwide labor shortage and steadily rising prices on everything from jet fuel to a bottle of water have created a scenario in which airports are extremely crowded and passengers are increasingly frustrated – and it is likely to continue through 2023,” he noted.

After traveler satisfaction reached an all-time high in 2021, it's not much of a surprise that overall scores fell by 25 points this year.

According to a spokesperson for the airport, PHL is investing in improvements for passengers, a multi-year process that they say requires an investment in infrastructure. It's currently renovating 30 restrooms, constructing two new ones, adding four service animal relief areas, five lactation suites, 49 gender-neutral restrooms, and three assisted care restrooms. Two new restrooms were opened in Terminal A-West earlier this month.

"We are advancing critical initiatives to evolve PHL's campus, including restroom renovations, network upgrades, and pilot programs designed to improve our passengers' and team members' experience within the airport's existing campus," an emailed statement said.

The airport also is installing new software to provide live, up-to-date information on flights in the security checkpoint area, as well as new holdrooms in seating terminals.

Temple University's School of Sport, Tourism, and Hospitality partnered with PHL to conduct a survey on passenger experience flying out of the airport. Data from the report showed that 49% of participants said their experience on their latest trip was better than their previous.

Out of 20 mega airports on J.D. Power's list, which are defined as those with 33 million travelers each year, Newark Liberty International was the worst with 719 points. Minneapolis-Saint Paul International ranked the highest with 800 points.

Indianapolis International topped the list of medium airports, or those with 4.5 to 9.9 million passengers per year, with 842 points, while Hollywood Burbank was at the bottom with 763 points.