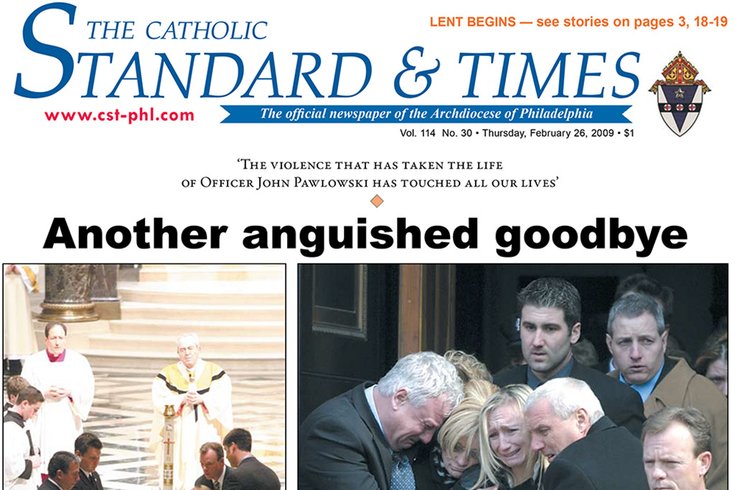 Five years after 'The Catholic Standard and Times' newspaper ceased publishing, the Archdiocese of Philadelphia is considering a new print publication to reach older Catholics who don't read its online site, CatholicPhilly.com.

Seeking to ensure future growth, CatholicPhilly.com is considering a model from its past.

Yes, that would be a printed publication.

CatholicPhilly.com, the official publication of the Archdiocese of Philadelphia, is weighing the possible launch of a bi-weekly magazine that would feature much of the content already available online.

The hope is that the magazine would reach local Catholics who are not digitally engaged while providing revenue needed to expand the reach of CatholicPhilly.com.

In order to launch, editor Matthew Gambino says he needs proof that a magazine could be sustained in a world that has only grown more digital since the Archdiocese ceased publishing its longtime newspaper, The Catholic Standard and Times, in 2012.

"We have to have a really solid sense of what our market is," Gambino said. "If we don't have enough subscribers, we can't launch it and hope they come. ... We're nowhere near being able to launch an expensive product and hope the people will come."

Gambino estimates a magazine would need at least 2,500 subscribers to sustain itself. Ideally, he says, that number would be closer to 5,000 or 6,000 subscribers.

Right now, Gambino says about 1,100 people have expressed an interest in the print publication, which would cost $40 for 22 issues each year.

But Gambino believes there are others who might be interested — and he's still trying to reach them.

The Catholic Standard and Times distributed 35,000 monthly copies during its final year. That included 9,000 subscribers living in the Philadelphia region.

In the years that have passed, Gambino said he often has been asked to revive the newspaper. Most of the requests come from older Catholics who are less active online than their younger counterparts.

Because of that, Gambino said gauging the number of potential subscribers is difficult.

CatholicPhilly.com has been publicizing the possibility for about three weeks on its website and social media accounts. But Gambino recognizes that many potential magazine subscribers don't see those posts.

So, he also has encouraged priests and parish leaders to estimate the number of parishioners who would be likely to subscribe to a magazine.

Gambino intends to make a decision sometime after Easter, but said the issue can always be revisited down the road.

If the magazine is launched, its first issue likely would be published in September. The resulting revenue would be used to hire staffers needed to expand the growth of CatholicPhilly.com.

The website, which received 106,000 visitors over one recent 30-day stretch, publishes daily articles relevant to the Catholic faith. It also sends out an emailed newsletter twice each week.

The archdiocese has sought to enhance CatholicPhilly.com in recent years, but its online presence dates back to the 1990s.

The website underwent a rebranding in 2011, when it received its current name, as the archdiocese bolstered its digital presence. One year later, The Catholic Standard and Times ceased printing after 112 years.

But now a new print publication could rise in its place.

"The future, as much as the present, is digital," Gambino said. "We've blazed some real trails in the Catholic press. We've grown our audience from 0-to-60 in a few years.

"We've accomplished a lot and we're proud of that. But we want to see if we can do that and offer that mission for those who are not engaged digitally."