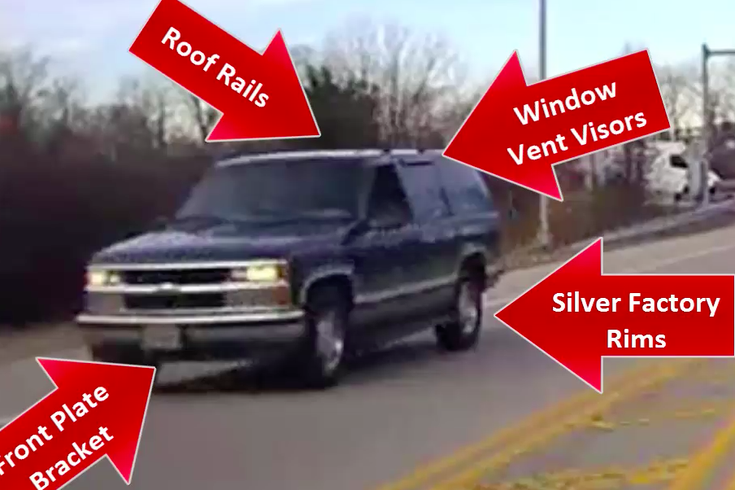 A search is underway for two men who assaulted an armored truck guard during a robbery at a Montgomery County mall last week, authorities said.

The theft occurred Monday, Dec. 19 around 7:50 a.m. at the Plymouth Meeting Mall, the FBI and the Plymouth Township Police Department announced.

Law enforcement officials said a Loomis guard was delivering money when he was confronted by two men in a service corridor on the lower level of the mall. The duo assaulted the guard and fled the mall with an undisclosed amount of cash.

The guard was treated for injuries sustained during the attack and was later released.

The thieves were last seen driving a dark-colored 1992-2000 Chevy Tahoe.

A reward is available for information that leads to the suspects' capture.