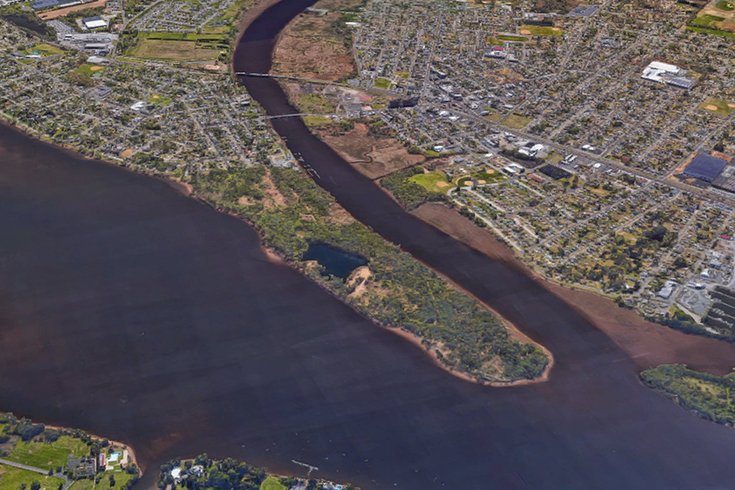 Hawk Island in Delanco, Burlington County, is actually a peninsula in the Delaware River.

A small boat hit a wake and overturned in the Delaware River late Monday afternoon, pitching the five people aboard into the water.

Four of the boaters were rescued by a passing boat, but one man, reportedly in his 20s, remained missing Tuesday, the Associated Press reported, citing the Coast Guard. Their 16-foot-boat hit a wake around 5:40 p.m. near Hawk Island in Delanco, Burlington County.

The rescued boaters were taken to hospitals for treatment of undisclosed injuries, but their names and hometowns were not disclosed, the AP reported.