Bruce Arena gets it 95 percent right with U.S. roster selections 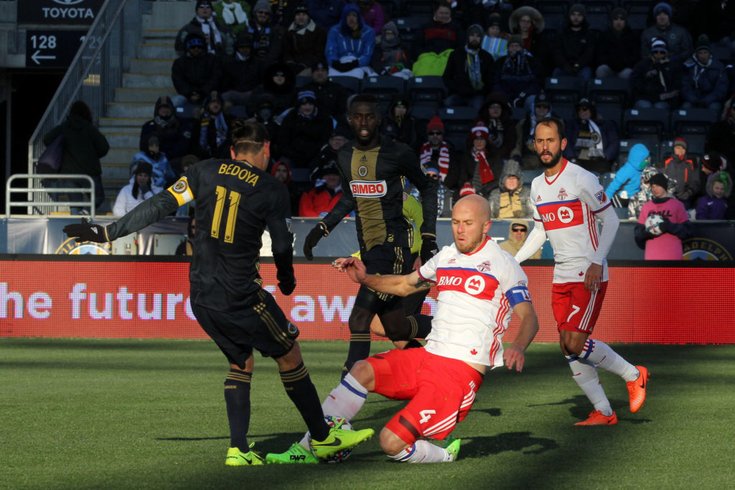 The former only required one commercial break while the latter was a mess.

Anyway, the United States squares off with Honduras next Friday in an ultra-critical World Cup qualifier at San Jose's Avaya Stadium. It will be Arena's first competitive match since taking over for Jurgen Klinsmann a few months back.

Expect a conservative approach because there's really no margin for error. If we lose, we're in deep trouble. You need a win at any cost, even if it means that a bunch of aging veterans are snagging a set-piece goal, then parking the bus.

Dempsey is a great story, considering the fact that a heart issue cut short his 2016 MLS season. I'd expect him to be on the bench with Jordan Morris.

Bobby Wood is in fine form and a no-brainer selection. Altidore converted a penalty against the Union last Saturday after taking a dive in the box.

I would not be surprised to see both of those guys paired together in the starting eleven.

Bruce Arena told the Fox Sports panel that he feels like Fabian Johnson is "best suited to the midfield." That's music to my ears since that's the damn position that he plays in Germany. Klinsmann insisted on playing him as a left back for whatever reason.

I am a bit concerned that Sacha Kljestan and Benny Feilhaber were left out. That tells me that Christian Pulisic will be the creative string-puller in the middle, unless he plays wide, which is where Dortmund uses him. Feilhaber was always going to be right on the cut line, but I think leaving Kljestan out was a mistake, hence the title of the article.

Also, I'd play Kellyn Acosta over McCarty, Jones, Bedoya, Lletget, and even Nagbe. If Michael Bradley is a shoe-in, then I'm 100% comfortable with Acosta playing alongside him. He's been excellent for Dallas to start the season and he was stellar last year as well.

DeAndre Yedlin and Eric Lichaj are injured. Steve Birnbaum, Matt Besler, and Timmy Chandler were left off the list.

That means Geoff Cameron or Michael Orozco is playing right back.

I think I'd rather see Cameron play fullback, with John Brooks and Omar Gonzalez at center back. I also wouldn't mind seeing Tim Ream in there as well.

Left back is another case where the importance of this game affects future plans. I'd prefer to have Villafana in the starting eleven, but you know that Bruce is going with the safe option, and that's the vastly experienced DaMarcus Beasley.

Nothing to see here.

Tim Howard is still playing at a high level and he's my starter until someone else takes the job away.

This roster seems to suggest a two-forward system, either a traditional 4-4-2 or some kind of empty-bucket look.

Based on Bruce's TV comments and his decision making history, you'd probably expect Wood, Bradley, Howard, Pulisic, and Johnson to be the five easiest selections. Going with two forwards brings Altidore into the fold. Brooks is an obvious CB pick. 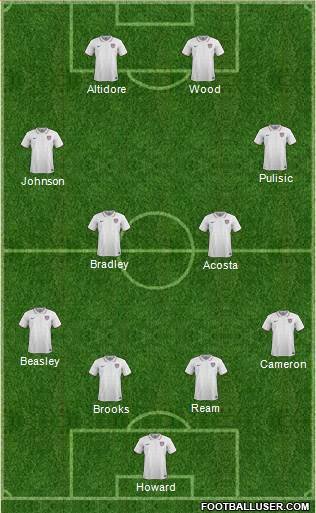 This one puts Pulisic in a wide area with Johnson as his opposite. With Cameron at right back, you can use Ream or Gonzalez as Brooks' partner.

Say Bruce plays with one striker instead – how does that change things?

For starters, you can play Pulisic centrally and it would look something like this: 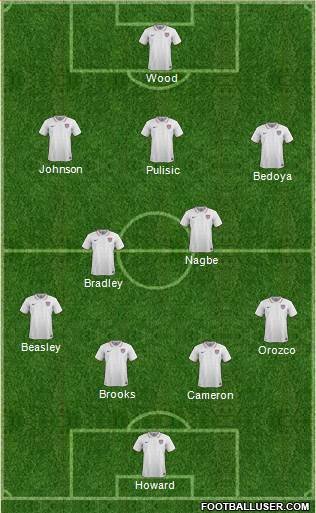 I used a couple of different players here. This is what the defense would look like if you tried Orozco at right back and pulled Cameron inside. Beasley would play on Brooks' side of the field.

Moving Pulisic centrally and taking off a striker allows you to add a number eight like Darlington Nagbe. Bedoya or Lletget can play on the right in this shape.

The only other way to get Pulisic in this spot would be to tweak the 4-2-3-1 slightly, which would place him in the role of a withdrawn forward or a second striker. It's really not that much different from the above system, and it would look something like this: 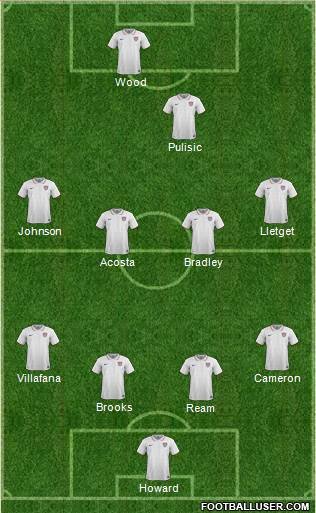 This is some sort of 4-4-1-1 that plays a little more "flat" than your typical Philadelphia Union-style 4-2-3-1. Pulisic is central with Acosta and Bradley doing the box-to-box thing, which is what you saw from Arena's title-winning LA Galaxy teams.

One thing is certain; Bruce will keep it relatively simple. He isn't going to experiment with guys playing out of position. He's not rolling out a 3-5-2 and he's not going to tinker.

That said, these are my three biggest questions going into next week: