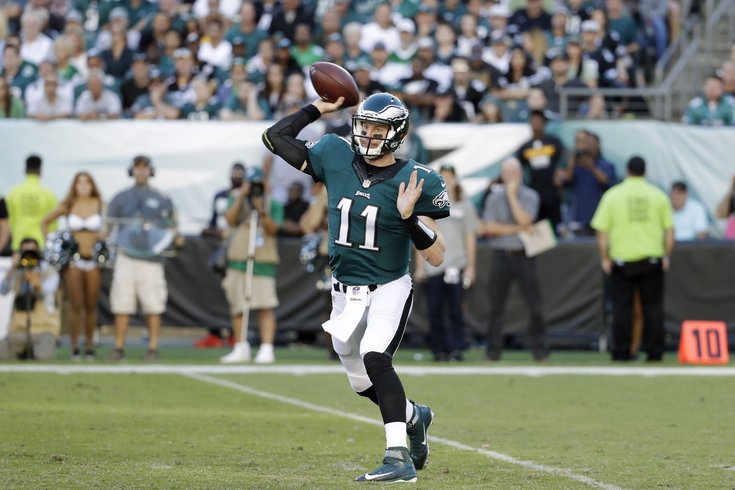 Carson "Dink and Dunk" Wentz is among the NFL's favorites to win MVP.

With the Philadelphia Eagles sitting at 3-0 with an NFL-best +65 point differential, gambling websites have taken notice and have shortened the odds for the Birds to win the Super Bowl. According to Canadian-based Bovada.lv, the Eagles are now the 10th-most likely team to win it all:

In the NFC, there are five teams with shorter odds than the Eagles (and one team with the same odds) to get to the Super Bowl:

As for the NFC East, the Eagles narrowly have shorter odds than the Giants and Cowboys, with the Redskins trailing far behind:

As for individual player odds, rookie quarterback Carson Wentz is now listed among the MVP candidates. In fact, there are only 12 players with shorter MVP odds (including 8 QBs), and he has the same odds as Saints quarterback great Drew Brees.

And finally, obviously Wentz is the favorite to win Offensive Rookie of the Year honors, although somehow Bovada has him tied with Cowboys RB Ezekiel Elliott: