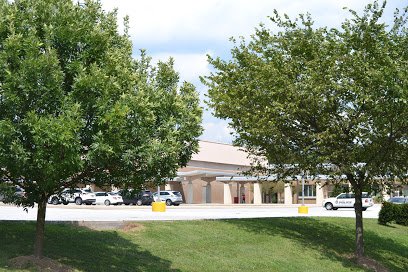 Owen J. Roberts Middle School is one of several schools under the jurisdiction of the school district's board of directors.

A school board member of the Owen J. Roberts School District in Chester County has resigned from his position after making a joke about George Floyd’s death while responding to a comment on his personal Facebook page.

Karel Minor, who served as the president of the school district's board of directors, wrote “She’s got her knee on life’s neck like it’s a minority in Minnesota. That’s probably too soon.”

The comment was captured in a screenshot by Facebook user Mike Macsisask, who said that he has worked at the school district for seven years.

“When I heard about the post I am sharing I was disgusted,” Macsisak wrote. “After seeing it, I am saddened and appalled. I will no longer be silent.”

Minor announced his resignation on his school board Facebook page, saying that his comment was “horrific.” He did, however, try to defend himself by saying that the screenshot taken by Macsisak of his comment was “stripped of its context as part of a discussion with a friend about white privilege, my disgust for police brutality, and was intended to mean exactly the opposite of the words used.”

Minor said that he is “firmly behind the goals of Black Lives Matter” and decided to resign from his position immediately “out of respect for that movement and a sincere desire to see the objectives of racial equity and justice be furthered in our nation and our local community.”

Dear Owen J. Roberts Community, Today a screenshot image of a Facebook comment from my personal page was shared widely....

Posted by Karel Minor, OJR School Board on Wednesday, June 10, 2020

The Owen J. Roberts School District is made up of five elementary schools, one middle school, and one high school in northern Chester County. There are roughly 4,800 students enrolled in the school district, one of 12 in Chester County.

Floyd, a black man, was killed on May 25 while in the custody of Minneapolis police after Officer Derek Chauvin knelt on Floyd's neck for nearly nine minutes as three other police officers watched.