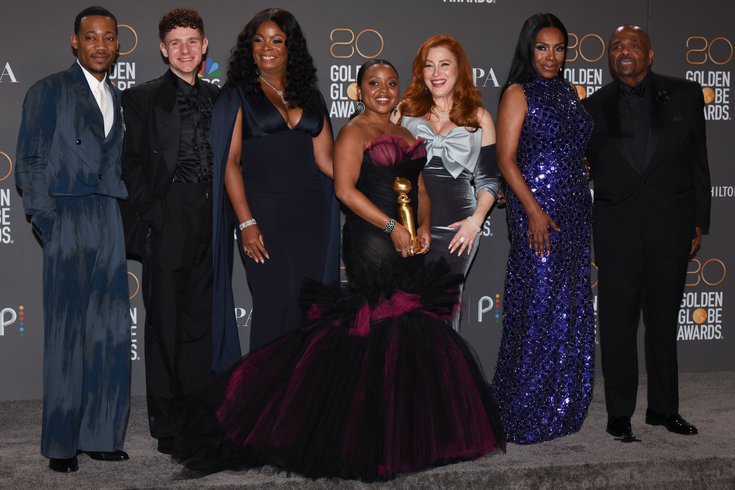 The 28th annual Critics Choice Awards will air tonight at 7 p.m. on the CW. The hit ABC series "Abbott Elementary" leads in television nominations with six, including Best Comedy Series.

Awards season continues with the Critics Choice Awards, and a fan-favorite sitcom could win big once again.

The 28th annual Critics Choice Awards will air tonight, and the hit ABC series "Abbott Elementary," created by Philadelphia native Quinta Brunson, is the TV show with the most nominations.

Fans can root for the comedy set in a Philly public school tonight at 7 p.m. on the CW channel or online through The CW website. The awards show can also be watched through smart televisions or on Hulu + Live, Sling TV and YouTube TV.

"Better Call Saul" has the next most TV nominations, with five. "Everything Everywhere All at Once" leads in movies with 14 nominations.

Critics Choice Awards are bestowed annually by the Critics Choice Association to honor the best in cinematic and television achievement, and are historically an accurate predictor of Academy Award nominations.

Brunson herself is enjoying a meteoric rise, having recently earned a "People of the Year" honor and sitting down for a one-on-one interview with Oprah.

"Abbott Elementary" airs Wednesday at 9 p.m. on ABC, and streams on Hulu.