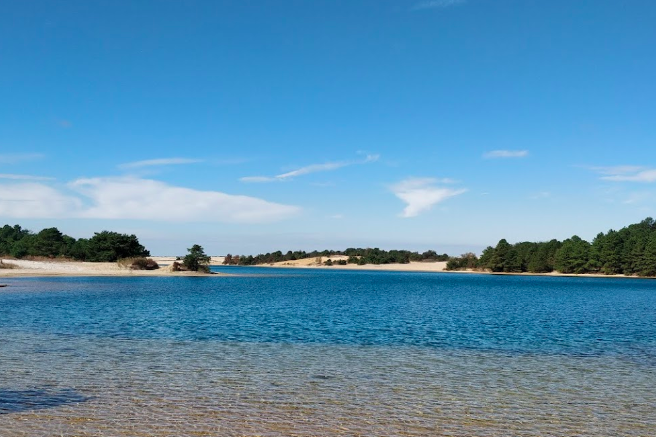 Crystal Lake was one of several bodies of water that formed as a result of extensive mining which took place in Manchester Township, Ocean County.

A 23-year-old North Jersey man drowned in a lake on a former mining property in Ocean County during the July Fourth weekend.

Edwin Caballero, from Plainfield, Union County, went missing between after 5 p.m. Saturday and was reported to have been last seen near the shoreline of Crystal Lake in Manchester Township, police said Monday. Family members were not immediately sure if Caballero had returned to the water, where he had spent most of the day, or went into the wooded area near the lake.

Police and local fire departments reported to the scene Saturday night to search the area for the man, but Caballero could not be located.

Anyone who may have witnessed Caballero in the water at Crystal Lake should contact the Manchester Township Police or the Ocean County Prosecutor’s Office.

Crystal Lake is on a privately-owned, 7,000-acre piece of land that formerly operated as a mining site until the 1980s, Manchester Township police said.

So much mining was conducted on the property that it formed numerous lakes across the property's landscape. Unlike naturally occuring bodies of water, these lakes do not have natural shorelines or stable bottoms.