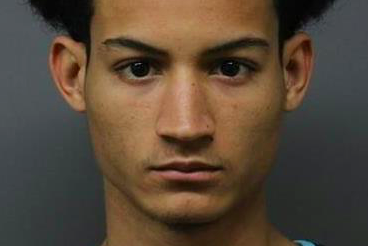 An 18-year-old New Jersey man has been jailed on charges that he stole more than $160,000 worth of cheese from a Moonachie-based distributor of food products and services, prosecutors announced Thursday.

Acting Bergen County Prosecutor Gurbir S. Grewal said in a release that Darlius J. Ortiz, of Paterson, was arrested after a two-week joint investigation into the Sept. 23 commercial burglary and theft at GraceKennedy Foods on Moonachie Avenue.

At approximately 11:30 p.m. that night, prosecutors say multiple suspects entered the premises after hours and took pallets of Tastee Cheese brand products from a storage area. Subsequent investigation revealed that Ortiz was allegedly responsible for the theft.

He was apprehended in Paterson on Wednesday and arrested without incident.

No other suspects were immediately identified by the prosecutor's office and an active investigation remains ongoing.