Oats, beans, citrus fruits and potatoes are among the foods high in fiber 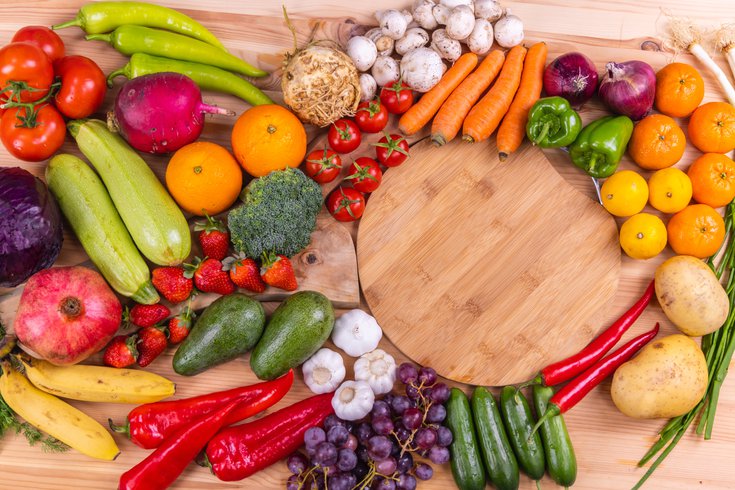 Nutritionists always say to strive to eat the rainbow daily. This simply means eat a variety of fruits, vegetables, whole grains and legumes every day.

Less than 10% of American adults are eating enough fiber-rich foods, researchers warn, which could increase their risk for developing chronic diseases like diabetes and heart disease.

Dietary fiber is found mostly in fruits, vegetables, whole grains and legumes. It often is referred to as roughage because it includes the parts of plant foods that the body can't digest. Instead of being broken down and absorbed by the body, it passes mostly intact through the stomach, small intestine and colon before leaving the body.

Fiber is often classified as either soluble, meaning it dissolves in water, or insoluble, meaning it just passes out of the body. Soluble fiber, according to the Mayo Clinic, forms a gel-like material when dissolved in water. Insoluble fiber facilitates the digestive process and adds to stool bulk, softening it.

Both types of fiber offer important health benefits, but according to this latest study, they are lacking in many Americans' diets.

Researchers from Texas Woman's University analyzed data submitted by more than 14,600 U.S. adults who completed a national health survey between 2013 and 2018. Overall, just 9% of the women and 5% of the men were getting the recommended daily amount of fiber.

The participants of the survey also self-reported on their diabetes status, which was verified by their hemoglobin A1c levels. The use of fiber supplements were not included in the analysis.

Derek Miketinas, an assistant professor at Texas Woman's University, said that their study findings should serve as a reminder to choose to eat more fiber-rich foods. This is especially important for people with diabetes, he added, because they are already at greater risk for heart disease.

Ten to 15 grams of total daily fiber should be from soluble fiber, according to the Academy of Nutrition and Dietetics.

Physical and mental benefits of a fiber-rich diet

Dietary fiber offers many physical benefits, including preventing and improving constipation, helping maintain a healthy weight and lowering the risk of chronic diseases. According to the Cleveland Clinic, besides lowering the risk of diabetes and heart disease, a fiber-rich diet can also lower the risk of some types of cancers. It has also been proven to reduce blood pressure and inflammation.

Some research also has suggested that it can improve mental health, as well. Researchers have found associations between depression, inflammation and dietary fiber in several studies. Lifestyle interventions, including diet, are known to reduce depression.

One study by the North American Menopause Society found that high dietary fiber intake can decrease the risk of depression, particularly in premenopausal women. Estrogen depletion may play a role in the lack of a protective effect among postmenopausal women, the researchers of that study contend.

How to get more fiber in your diet

Nutritionists always say to strive to eat the rainbow daily. This simply means eat a variety of fruits, vegetables, whole grains and legumes each day. And make a conscious choice to avoid refined processed foods like canned fruits and vegetables, white breads and pasta as well as non-whole grain cereals. All of these are lower in fiber.

The preliminary findings of the study were presented at an online meeting of the American Society for Nutrition.