Dogfish Head releases 2017 variety of Beer To Drink Music To

Since Record Store Day is celebrating 10 years, the brewery is going all out 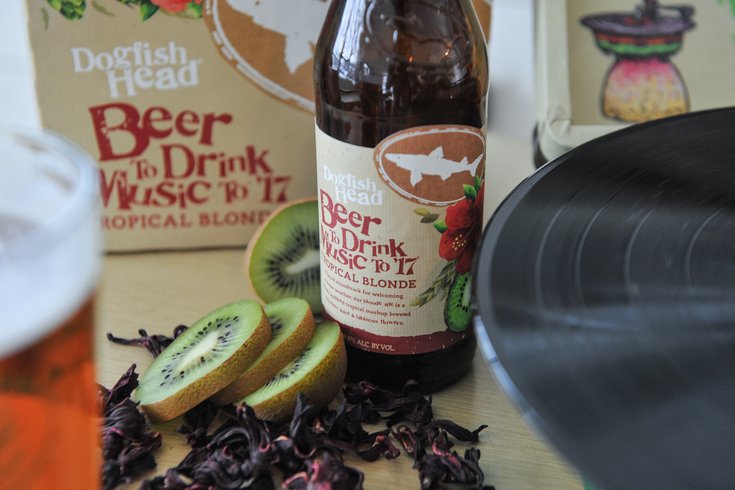 Beer to Drink Music To ’17 features hibiscus flowers and kiwi juice, among other flavors.

Dogfish Head's Beer To Drink Music To '17 has been released. The official beer of Record Store Day began shipping nationwide on Wednesday, Feb. 1.

This year's speciality beer is a tropical blonde ale, brewed with hibiscus flowers and kiwi juice. The ABV is 6.8 percent, lighter than the usual Beer To Drink Music To 9 percent beer.

The blonde ale was brewed to complement a limited-edition Sony and Dogfish Head record collaboration.

Since April 22 will mark the 10-year anniversary of Record Store Day, Dogfish Head wanted to do more than it's expected annual release.

Dogfish Head has also teamed up with Crosley Radio on a two-month, 29-city tour. The Dogfish Head x Crosley Cruiser, a mobil gallery, will make stops at independent record stores and craft beer bars across the county.

The journey begins in Louisville, KY on March 3 and ends in Philadelphia on Record Store Day. At each stop, there will be nighttime parties full of beer and music.

“I fell in love with music at the same time I fell in love with beer, and in an increasingly digital age, vinyl records provide a deep, tangible connection to music that reverberates with craft beer fans," Sam Calagione, Dogfish Head founder and president, stated in a press release.