Parent company Cineworld revealed 39 locations will shut down in February, including those in Doylestown and Oaks 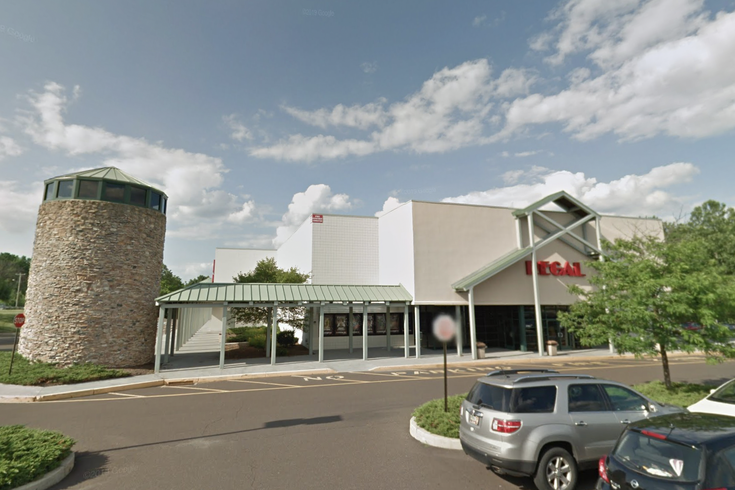 The Barn Plaza Stadium 14 in Doylestown, Bucks County is one of 39 Regal Cinemas movie theaters that will close in February. The Oaks Stadium 24 in Oaks, Montgomery County also is set to close.

Cineworld, the struggling parent company of Regal Cinemas, soon will close 39 movie theaters nationwide, including two in the Philadelphia suburbs, as it moves through the bankruptcy process.

The Barn Plaza Stadium 14 in Doylestown, Bucks County, and the Oaks Stadium 24 in Oaks, Montgomery County, will lose their leases Feb. 15, Cineworld revealed in bankruptcy court earlier this week.

The Hamilton Commons Stadium 14 theater in Mays Landing, New Jersey also is on the list of locations to be closed.

With more than 500 theaters, Regal is the nation's second-biggest movie theater chain behind AMC, which has just under 600 theaters. In September, Cineworld announced it was filing for Chapter 11 bankruptcy, which makes it easier to back out of leases or negotiate new terms with landlords.

Movie theaters have struggled to recoup losses that piled up during the early waves of the COVID-19 pandemic, when streaming platforms emerged as viable alternatives for audiences and distributors. The North American box office reached $7.5 billion in 2022, down 34% from more than $11 billion in 2018 and 2019. The industry's recovery has relied on the success of smash hits like "Top Gun: Maverick" and "Black Panther: Wakanda Forever" to keep people coming to theaters.

Though ticket sales showed signs of a rebound last year, fewer movies released in theaters offset some of the recovery. The number of new releases this year is expected to be higher, CNBC reported.

In its bankruptcy filing, Cineworld said its monthly rent per theater had increased by 30% from 2019 to 2022. The company estimates that closing 39 theaters will save approximately $22 million annually.

In October 2020, Cineworld temporarily closed all of its theaters in the Philadelphia region and South Jersey, after reporting $1.6 billion in losses during the first half of that year alone.

After the latest round of closures, here's the list of the remaining Regal theaters in Southeastern Pennsylvania:

Here are the theaters in South Jersey: