Lane Johnson's 'pain has minimized' ahead of playoff opener

Per an ESPN report, the pain from Johnson's torn adductor "has minimized a great deal over the past couple weeks." 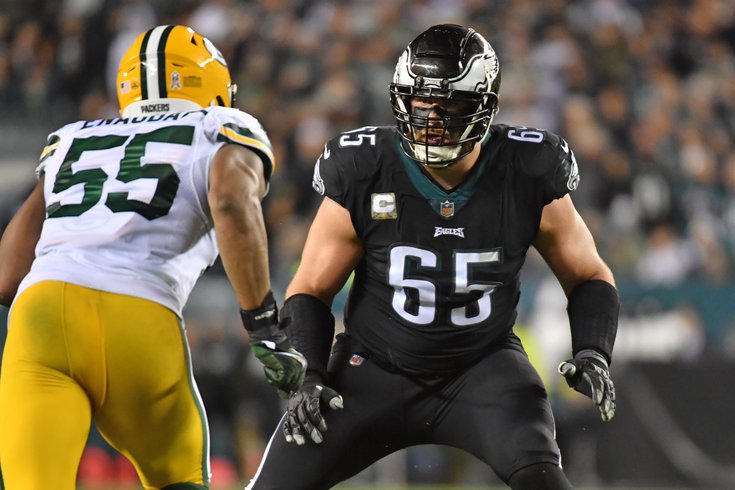 Lane Johnson, even with a torn adductor, is ready to go for the Eagles' playoff run.

Just hours before the 8:15 p.m. kickoff for the divisional round game against the rival New York Giants, ESPN's Tim McManus reported that the All-Pro right tackle's pain from the injury "has minimized a great deal over the past couple weeks," and that Thursday's practice was a big test that led to a huge confidence boost on playing.

Thursday’s practice was the big test and it went well, Johnson said, giving him a lot more confidence heading into the game.

How well he can perform and whether he can stay on the field is on the minds of many heading into tonight.

Johnson suffered the injury late in the Week 16 loss to Dallas on Christmas Eve and was ruled out for the remainder of the regular season soon after (though that was only two games by that point). The nature of the injury is going to require surgery, but after consulting with experts, Johnson opted to put it off for the time being so that he could line up for the Eagles in the playoffs.

The first-round bye that they captured with the Week 18 win over the Giants was crucial in getting him there, granting him extra time to not only rehab but to test things out in practice, which left him optimistic about his playing status when he met with the media last week.

"There's few times where you see a team, where you're on a team, that you know has a chance to win it all," Johnson said. "I could see that throughout the season. The timing of the injury wasn't great, but one of the reasons for coming back was because I feel like we have a chance to be something special."

The 32-year old lineman, in his 10th season, has long been a crucial piece to the Eagles' success in the trenches. He hasn't allowed a sack to his assignments since the middle of the 2020 season, and along with right guard Isaac Seumalo, has kept quarterback Jalen Hurts well protected from the right side with what has been one of the best – and until late in the season, relatively healthy – offensive lines in football.

How effective Johnson can be playing with the injury has been one of the biggest concerns surrounding the Eagles heading into the playoffs.

Again, that extra week of rest was critical, and though it won't be easy – nor entirely pain-free – the four-time Pro Bowler is confident, it'll be far from easy.

And for what it's worth, Johnson himself tweeted earlier Saturday that it's "go time."

***The views and opinions expressed in this article are those of the author and guest authors and do not reflect any official policy or position of any NFL team or a team's athletic physicians.