Are the Eagles now the favorites to win the dismal NFC East?

Despite the Eagles falling out of first place on Sunday, their odds to win the division improved following Dak Prescott's injury 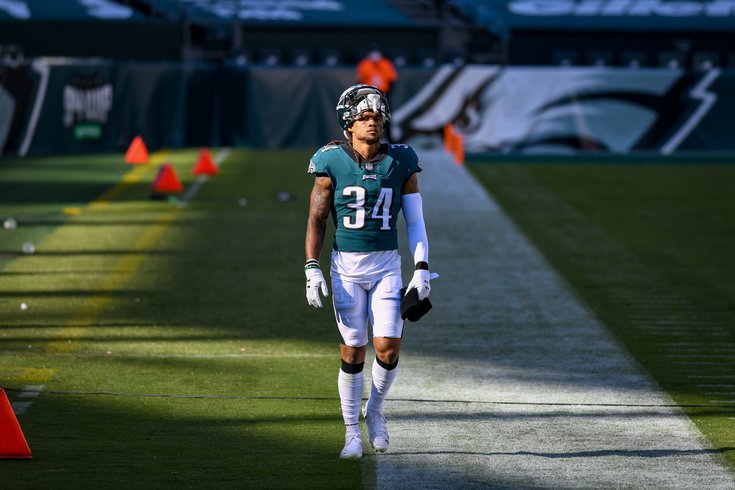 You never want to see a player get injured — and especially not in the way in which Dak Prescott was injured in the Cowboys' win over the Giants on Sunday. It was hard enough to watch the replay, let alone watch Prescott cry as he was carted off the field knowing that his 2020 season was over.

But does that mean the Cowboys' season is over? They went on to beat the Giants behind backup Andy Dalton and regain sole possession of first place in the NFC East. In any other division, their season might be finished, but not in this year's NFC East, where the teams are a combined 4-15-1 through the first five weeks of the season. For comparison, no other division has fewer than eight total wins and the loaded NFC West currently has 14, while the AFC North has 13. Perhaps no-so-coincidentally, those are the two divisions that get to go up against the NFC East this season.

Still, someone has to win this wretched division, one that's been decimated by injury (see: Prescott, Saquon Barkley, the entire Eagles OL and WR corps), features three new head coaches (everywhere but Philly), and has already had one QB benched (Dwayne Haskins) and could see another (Daniel Jones) if the Giants don't pick up a win soon. And through all of that, it appears the NFC East has remained a two-team race, much like many thought it would be before the season began, with the Eagles and Cowboys being the two favorites.

From the start, it's been Dallas that's been getting the better odds from the bookmakers, and that's not surprising considering how this season began for the Eagles, but the Birds have looked better in recent weeks. Despite going 1-1-1 in their last three games, Philly has actually looked better with each passing week — even in their loss on Sunday to the Steelers, there was some good that could be taken from it. Couple that with Dallas losing its starting QB for the season, and it begins to make some sense that the Eagles odds to win the division actually improved on Sunday, despite their loss, while the Cowboy's odds took another hit, despite their win.

And now, the Eagles are as close as they've been all season to supplanting Dallas as the favorite to win the NFC East, and that includes last week when the Birds were actually in sole possession of first place, which still wasn't enough to make them the favorites.

Here's a look at the latest division odds, courtesy of TheLines.com...

The biggest change here is with the Cowboys' odds, as they were down around -115 (depending on where you looked) prior to Prescott going down. That's about where their odds have been holding since the preseason when they were -130, at least until Sunday. The Eagles odds, though, have improved drastically over the last two weeks. Following their win over the 49ers, the Birds saw their odds go from +290 all the way down to +140. Then, this week, despite their loss, their odds again improved, going from +140 down to +120 while Dallas' odds went sharply in the other direction.

So, no, the Eagles might not be favorites just yet, but this looks like it could become a trend. And with the Eagles facing a couple of winnable games (NYG, DAL, NYG) following this week's matchup with the Ravens, and it might be smart to get your money in now before the lines flip and the Eagles — that's right, the 1-3-1 Eagles — become the betting favorites to win the division.