A person reportedly jumped from the Embassy Suites Hotel 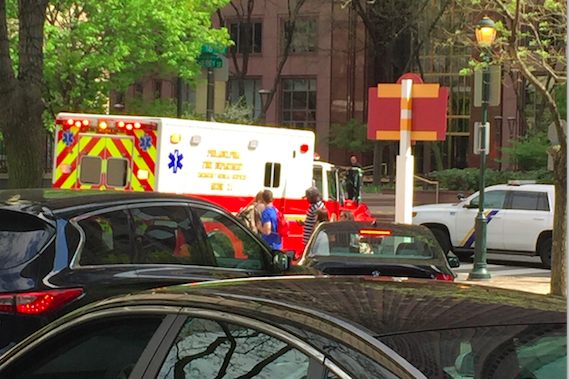 An ambulance outside of the Embassy Suites Hotel in Center City Philadelphia.

Police and emergency medical personnel are responding to an incident at a Center City high-rise after an eyewitness told PhillyVoice an individual jumped from the building.

According to the eyewitness, who asked not to be identified, a person jumped from a balcony at the 28-floor Embassy Suites Hotel, located at 1776 Benjamin Franklin Parkway. The eyewitness said the young man jumped a few floors from the top of the hotel.

An ambulance is on the scene.
According to a spokesperson reached by phone at the Embassy Suites Hotel, "there was a crisis, it's now under control, and Hilton will be putting out a statement."