Fire at PECO substation causes power outages for more than 30,000 customers in Philly 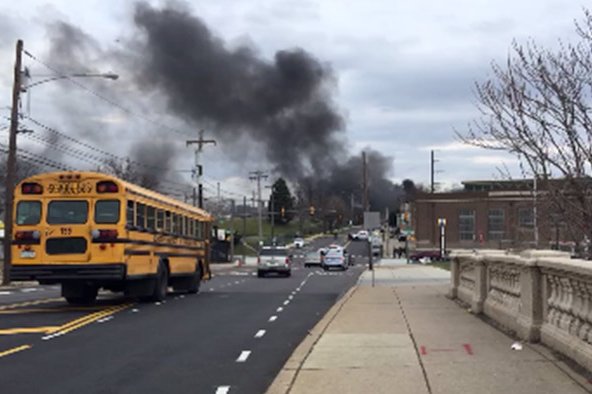 Smoke rises from a fire at a PECO substation fire on Fox Street, near Hunting Park Avenue, in Nicetown in North Philadelphia.

Tens of thousands of Philadelphia residents are without power to a fire at a PECO substation.

The Philadelphia Fire Department is battling the blaze that broke out Tuesday afternoon in the Tioga section of North Philadelphia.

The incident occurred at a station located on the 2600 block of West Westmoreland Street near the intersection of Fox Street and Hunting Park Avenue.

City officials urge drivers to use caution in the area as numerous traffic lights are not in operation. The city's Streets Department is installing generators at major intersections until power is restored.

SEPTA said several bus routes have been detoured and delayed due to the fire.

This story is developing. Check back for updates.