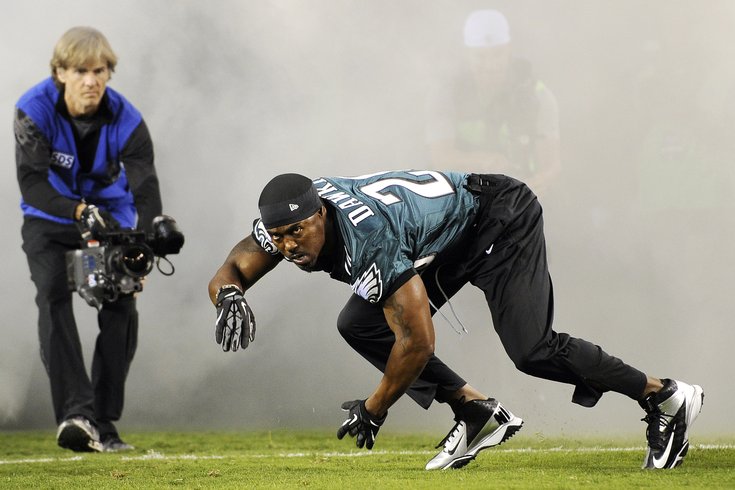 Former Philadelphia Eagles safety Brian Dawkins and wide receiver Terrell Owens were both inducted into the Pro Football Hall of Fame on Saturday.  As they should be.

Dawkins is pretty safely one of the top five safeties in the history of the NFL, and arguably in the top three. Here's how he compares with other safeties of his era, in alphabetical order.

He was second in tackles, second in sacks, first by a mile in forced fumbles, first in fumble recoveries, and second in interceptions, but way behind Ed Reed in the interception department.

Dawkins should have gotten in last year, but he split votes with the far less Hall-worthy John Lynch. Dawkins is currently working with the Eagles as a member of their scouting department.

“This is tremendous news and I could not be more proud of Brian," said Jeffrey Lurie via a press release. "Being inducted into the Hall of Fame is an honor he truly earned. He epitomized everything we love about the game of football. His intensity, his passion, his love of the game and his leadership were always dialed in at the highest possible level. He connected in every possible way with the city of Philadelphia and our legion of Eagles fans across the country. We cannot wait to celebrate his special night in Canton this summer.”

“Terrell Owens is one of the most talented and exciting wide receivers ever to play the game and he is very deserving of this honor," said Lurie. "We appreciate all of his contributions to the league and to one of the finest seasons in the history of our franchise.”

Hall of Fame voters finally got it right, albeit a year late.