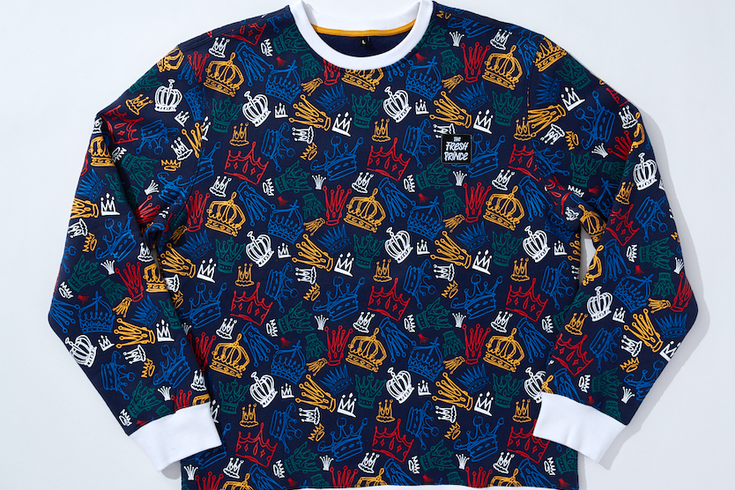 The 30-piece collection features a variety of apparel and accessories, including jackets, t-shirts, sweatshirts, sweatpants, hats, masks, bags and more. Each piece features patterns and prints inspired by the show and the fashion trends of the ‘90s.

Believe it or not, “The Fresh Prince of Bel-Air” is now 30 years old after the sitcom premiered on NBC in September 1990.

To celebrate the historic moment, the “Fresh Prince” clothing brand has unveiled a limited-edition wardrobe that consists of 30 pieces inspired by Will Smith and DJ Jazzy Jeff themselves.

The 30-piece collection features a variety of apparel and accessories, including jackets, t-shirts, sweatshirts, sweatpants, hats, masks, bags and more. Each piece features patterns and prints inspired by the show and the fashion trends of the ‘90s.

The “30th Anniversary” collection pays homage to Smith’s West Philly roots and his Bel-Air experience in the show, such as starring on the Bel-Air Academy basketball team.

The clothing can be exclusively found at the “Fresh Prince” clothing brand’s online store.

“Very rarely do television programs have such a significant cultural impact 30 years after its release, but to generate this type of excitement in 2020 is really a testament to the fans,” DJ Jazzy Jeff said. “This is really a celebration of a legacy and it’s incredible watching the series evolve into a fashion brand and influence an entirely new generation.”

The clothing brand and store first launched in May with a 10-plus piece collection called “Summertime” inspired by the duo’s hit song from 1991.

HBO Max announced earlier this month that the original cast of "The Fresh Prince" will reunite for a 30th anniversary special.

The special is expected to hit the streaming platform around Thanksgiving. All “Fresh Prince” episodes can be streamed on HBO Max.

It was announced earlier this week that Peacock, NBCUniversal’s streaming service, has picked up two seasons for a dramatic reboot of the show. The show, called “Bel-Air,” is expected to debut on the platform in 2021.

Smith will serve as an executive producer on the series, which will retell his journey from the streets of West Philadelphia to the gated neighborhood of Bel-Air in California.

Netflix and HBO Max also were pursuing the reboot. But "Bel-Air" will follow in the footsteps of its predecessor, which aired on NBC from 1990 to 1996.