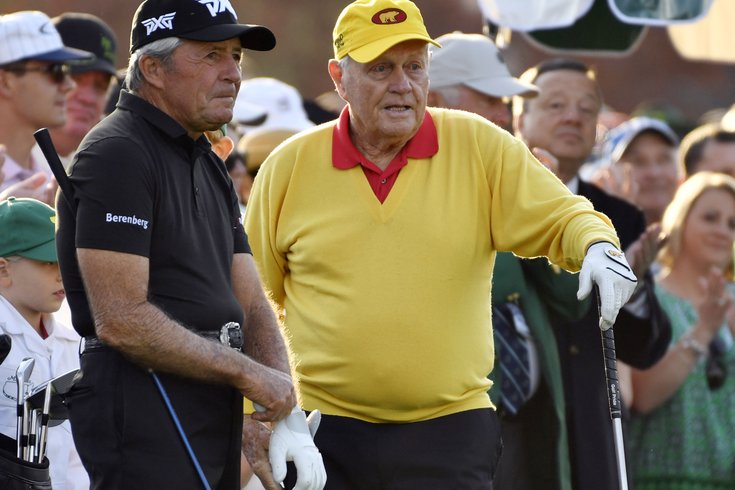 Jack Nicklaus and Gary Player continue to play golf on a regular basis, and a new study shows that the sport can help older adults live longer.

It appears that the older you get, the more golf you should play.

Golfing at least once a month may help seniors live longer, according to preliminary research presented Wednesday at conference hosted by the American Stroke Association.

About 25 million Americans are golfers. The sport's social nature and controlled pace allow older adults to maintain their ability and motivation to play, unlike more strenuous sports like tennis, researchers found. It also reduces stress – apparently even among those who can't keep their balls out of the hazards.

“While walking and low intensity jogging may be comparable exercise, they lack the competitive excitement of golf,” said lead author Dr. Adnan Qureshi, a neurology professor at the University of Missouri. “Regular exercise, exposure to a less polluted environment and social interactions provided by golf are all positive for health."

Researchers analyzed data from the Cardiovascular Health Study, which enrolled 5,900 adults, ages 65 and older, between 1989 and 1999. During that span, the participants underwent extensive annual tests and visited a doctor every six months. Afterward, the participants were contacted to see whether they had suffered a stroke or heart attack.

Researchers identified 384 participants as regular golfers. They found the golfers's death rate, 15.1%, was significantly lower than the non-golfers' rate of 24.6%.

Additionally, they found that only 8.1% of regular golfers suffered strokes and only 9.8% had a heart attack. But researchers were unable to determine whether golfing was linked to reduction in heart attacks and stroke.