Summer's not over yet: Philly heat advisory in effect through Wednesday

And who said it was fall already? 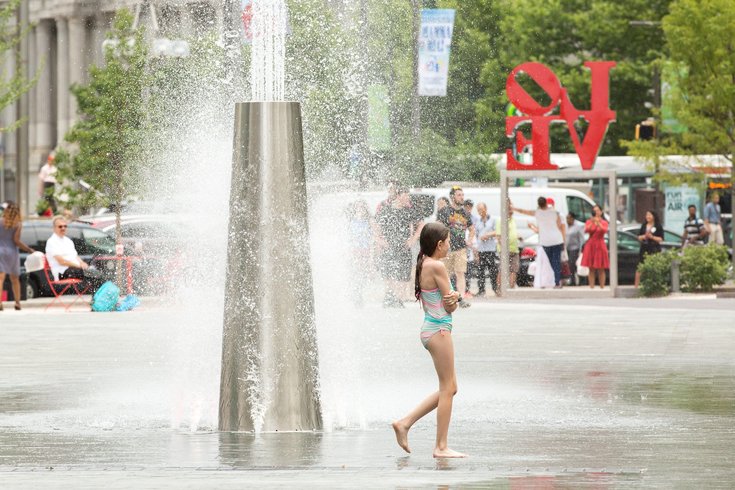 A child plays in the fountain at LOVE Park.

If you thought we were on the other side of the suffocating smog of a summer we've had this year, you thought wrong. And we don't blame you — who can think in this heat?

This week the heat index is expected to spike to near 102 degrees with the excessive humidity a reminder that summer doesn't officially end until September 22.

Please, refrain from Pumpkin Spice Lattes and other fall frenzy until that time.

The National Weather Service issued a heat advisory from noon Tuesday to 8 p.m. Wednesday for the Philadelphia region due to the increased risk of heat-related health issues.

Temperatures on Tuesday and Wednesday are expected to reach 95 degrees, forecasters said.

The city has also issued a Code Red until 8 p.m. Wednesday, which is issued when temperatures are 10 degrees above normal and at-risk people and pets may need special assistance.

The city's public schools, which opened for the 2018-19 school year on Monday, are also taking some precautions due to the heat. The School District of Philadelphia will dismiss students at 1 p.m. on Tuesday and Wednesday — on just the second and third days of the new school year — and cancel after-school activities.

The weather service recommends taking extra precautions if you work outside, rescheduling strenuous outdoor activity, drinking plenty of fluids, and staying in the air conditioning if possible.

If you don't have access to air conditioning or a cool place to stay, the Free Library of Philadelphia has several designated cooling centers.

And even though all of the city's public pools are already closed for the year, you can stay cool at one of these spray grounds.

On Thursday, we're in store for even more fun weather with the beginning of a 5-day weather pattern with potential for rain.

Forecasters are predicting a chance of thunderstorms on Thursday with a chance of showers through the rest of the weekend, including Labor Day.

If it doesn't rain, here are some events happening during the holiday weekend.