If you're still calling MLS a 'retirement league,' you're not paying attention 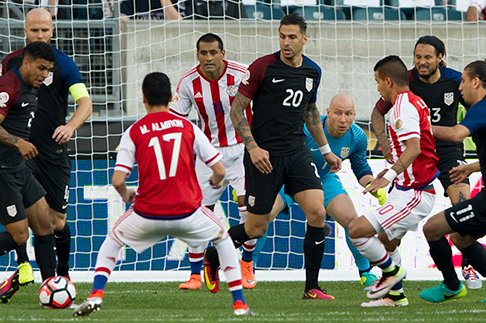 You're watching Major League Soccer highlights on YouTube when you scroll down to the comments section:

"The MLS is a retirement league for washed up players."

"Steven Gerrard is on vacation in Hollywood."

It was always about optics, right? There was this lingering thought that Major League Soccer couldn't attract stars who were actually in their prime. We had to settle for players who were 31-, 32-, or 33-years old, guys who were done with the European game and ready to move on.

That changed when Toronto FC signed 27-year-old Sebastian Giovinco in 2015. Finally, a top-level player had come to North America in his prime. In a lot of ways, it was a signing that had to happen for MLS to grow up a bit and take the next step forward.

This winter transfer window has further crippled any thoughts of MLS being a retirement destination for fading foreigners. Spearheaded by expansion Atlanta, the list of acquisitions includes dozens of players under the age of 30 and dozens more under the age of 25.

In putting together this list, I didn't count returning U.S. internationals like Greg Garza, Oguchi Onyewu, or Jonathan Spector. I also didn't include draft picks or homegrown players, which would obviously skew the total number much, much lower. I did include players here on loan, and a couple who rejoined MLS for a second time. The focus is on foreign acquisitions.

(none yet, and I didn't count Victor "PC" Giro since he came from a lower division in the U.S.)

Tally all of that up and you get 59 total players. If you take their combined ages and then divide by that first number, you see that the average age of foreign signings entering Major League Soccer this winter is 25.7.

That's a staggering number. We've never seen this many young foreigners join the league during a single transfer window. Atlanta built a roster that includes six international rostered players who are 23 years or younger. They've been incredibly impressive and they haven't even played a single game.

The oldest player on that transfer list is 37-year-old Vicente Sanchez, the Uruguayan playmaker who joined Houston after a stint with Colorado a few years ago. He can still play a bit, but probably inherits more of a mentorship role this season.

You also have 35-year-old Jorge Bava, the Chicago goalkeeper. There are a couple of other goalkeepers who pull the number a bit higher, and that's natural since you can play that position well into your thirties.

As far as field players, only nine of the 59 are age 30 or older. You've got 32-year-old Kenwyne Jones, the Trinidad striker, and 31-year-old Haris Medunjanin, Philly's Bosnian international number eight.

What you don't see on the list is an Andrea Pirlo, Frank Lampard, or Steven Gerrard. Even the LA Galaxy are revamping their personnel strategy as they target players like 23-year-old Joao Pedro and 27-year-old Romain Alessandrini. The only aging, veteran acquisition they made was U.S. international Jermaine Jones, who is now 35.

You also have a bunch of homegrown signings that I didn't even list, as teams start to pull kids through their academy and give them slots on the first team.

We're moving in the right direction, with a focus on young foreign talent and academy promotion.

If you come across someone who still thinks MLS is a "retirement league," send them this article.