WATCH: 'It's Always Sunny in Philadelphia' gets an animated 'He-Man' mashup 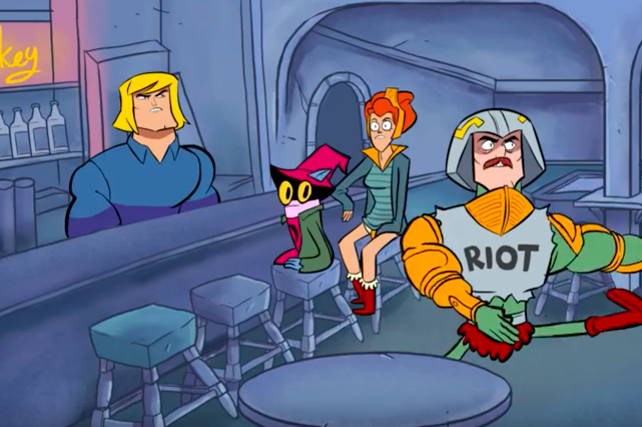 Scene from pilot episode of "It's Always Sunny in Eternia."

Trying to imagine a weirder version of "It's Always Sunny in Philadelphia" poses an interesting thought experiment — and a worthwhile one, considering the FXX series began a hiatus after the conclusion of its 12th season.

Generally speaking, a great rule for upping the oddity of a show or movie is to turn it into a cartoon, like when "The Simpsons" went 3-D in "Treehouse of Horrors VI," or when Milo gets animated in "The Phantom Tollbooth," or even the eerie similarities between Will Arnett's live-action "Flaked" and his animated "Bojack Horseman."

The YouTube creators behind the neatOco channel, which produces several animated series, decided to create a mashup involving "It's Always Sunny in Philadelphia" and the classic "He-Man and the Masters of the Universe."

What do you get when you throw the gang onto a mythical planet? Still a show at a bar, filled with profanity and bickering.

The pilot episode, "The Gang Becomes Space Barbarians," takes place at the Grayskull Pub, a nod to the Castle Grayskull of "He-Man," which is always under the threat of a siege by "He-Man" villain Skeletor. Check it out below.