Ivermectin is not effective against COVID-19, another study finds 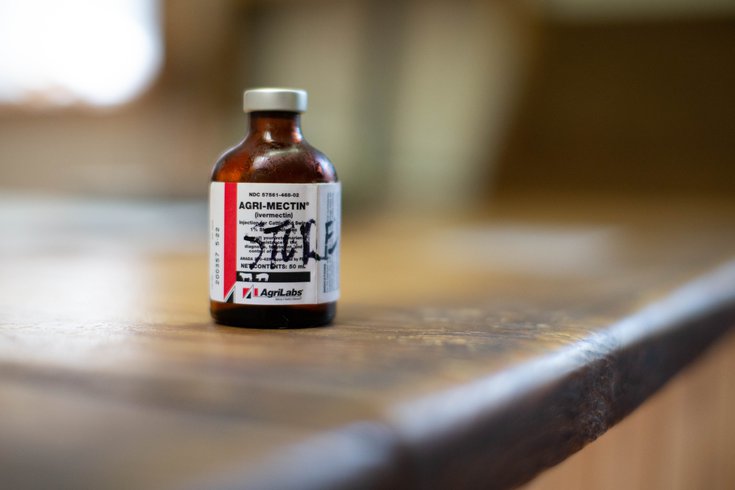 The anti-parasitic drug ivermectin gained popularity as an alternative COVID-19 treatment, but studies have found it to be ineffective against the coronavirus.

Ivermectin, an anti-parasitic drug that has gained popularity as an alternative COVID-19 remedy despite warnings from federal health officials, does not shorten COVID-19 symptoms or reduce the rate of hospitalizations or deaths, another study finds.

The research, led by scientists from Duke University and Vanderbilt University, is the most recent to confirm that ivermectin does not have a clinically meaningful impact on the coronavirus. The U.S. Food and Drug Administration has warned that the drug should not be used to treat COVID-19.

The study, which has not yet been peer-reviewed, included 1,591 participants who received either ivermectin or a placebo for three days. Almost half the participants were vaccinated.

The ivermectin regimen "resulted in less than one day of shortening of symptoms and did not lower incidence of hospitalization or death among outpatients with COVID-19 in the United States during the delta and omicron variant time periods."

In 2020, laboratory experiments suggested ivermectin might be effective against the coronavirus, generating excitement because the drug is inexpensive and has been safely used to treat parasitic worm infections for years. When tested in actual clinical trials, however, the results have been disappointing.

Despite this, ivermectin gained popularity over the course of the pandemic due to some social media personalities, doctors and organizations promoting it as a legitimate COVID-19 treatment.

The latest study was part of a research effort that is investigating whether certain, FDA-approved drugs could be used to treat adults ages 30 and over with early mild-to-moderate COVID-19 illnesses.

"Given these results, there does not appear to be a role for ivermectin outside of a clinical trial setting, especially considering other available options with proven reduction in hospitalizations and death," said Dr. Adrian Hernandez, the executive director of the Duke Clinical Research Institute, who led the trial.

A larger clinical trial conducted in Brazil also found similar results. That study, published in the New England Journal of Medicine, suggest ivermectin did not lower risk of hospitalization or prolonged observation in an emergency department among people with early COVID-19 diagnoses.

And in March, a study conducted in Malaysia found ivermectin did not prevent high-risk patients with mild-to-moderate COVID-19 from advancing to severe illnesses.

However, Hernandez and his team have not completely ruled out ivermectin as a possible COVID-19 treatment. Their study did find that among 90 people with severe COVID-19, those given ivermectin had better outcomes than those on the placebo. But researchers also tempered that finding.

"While those with severe symptoms at baseline appeared to have beneficial treatment effect with ivermectin as compared with placebo, this subgroup was small, thus these findings should be considered exploratory," researcher Dr. Susanna Naggie, of the Duke Clinical Research Institute, wrote in the preprint document reviewing the study's results.

The researchers said they plan to keep testing ivermectin at higher doses and for a longer duration.

According to the FDA, taking large doses of ivermectin is dangerous. It can interact with other medications including blood-thinners. It is also possible to overdose. Additionally, the drug has been known to cause nausea, vomiting, diarrhea, low blood pressure, allergic reactions, dizziness, problems with balance, seizures, coma and death.

Ivermectin products for animals are different than those for people and can be toxic in humans.