'It's going to be fun to watch': Jim Schwartz breaks down Eagles CB battle 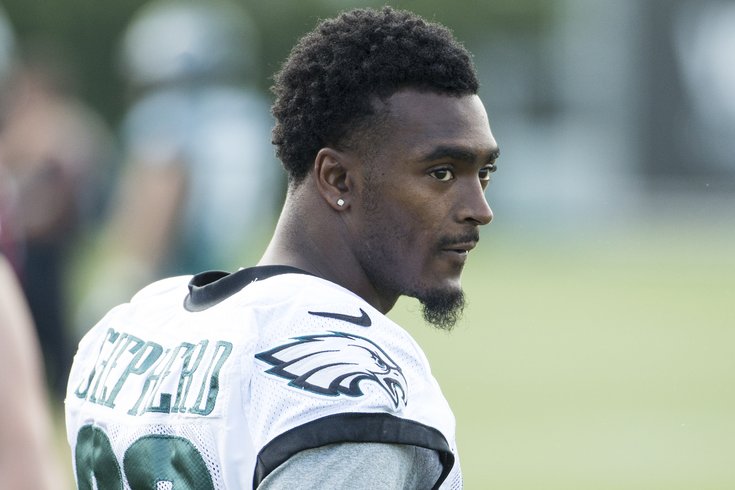 When it comes time to construct his depth chart for the Eagles' Week 1 game against the Browns, defensive coordinator Jim Schwartz shouldn't have too much trouble. Training camp has even officially started, with the full team not practicing until Thursday, but his defense is nearly set in terms of who is going to start.

The two spots that remain up for grabs are at cornerback, and the Eagles have brought in plenty of guys -- like Leodis McKelvin and Ron Brooks -- to compete with those who remain from last year's secondary, namely Nolan Carroll and Eric Rowe. Add to that the return of JaCorey Shepherd, who missed all of last season after tearing his ACL during camp, and the addition of rookie Jalen Mills, who has been a standout early for reasons beyond his green hair, and it's not hard to see how this could get interesting.

"Hell, yeah. It's [an open competition], baby," Shepherd said on Monday. "No job is taken yet, and that's the way I'm going to attack it. Regardless of how many [defensive backs] we have in the room, I know I'm going for a starting spot."

There will be a healthy competition, and those typically serve the players and team as a whole better in the long run. That's the good news.

The bad news, however, is that the reason for the competition being so open is that none of the players named above have a track record that would give him the right to enter camp as the presumed starter.

According to Schwartz, however, that may not actually matter all that much.

So what exactly does Schwartz mean when he says he's looking for guys that "can execute the scheme?" When asked to outline his defensive philosophy, Schwartz touched on three main points -- attack, adapt and survive. And they apply to individual players as well.

"If they’ll get up and they’ll challenge receivers, like I said before if you can cover -- you can't cover many people if you don't want to challenge guys," Schwartz said. "That's God's honest truth. I could play the deep ball. I'd get my ass 50 yards deep and you couldn't get one over the top of me, but I couldn't cover anything else.

"There's a fine line in there. And the fine line is you have obviously have to play the deep ball in this league, but if that's the only thing you're worried about, you're not going to cover anything else."

The consolation prize for those who don't make one of the two starting CB spots? They'll still have a chance at winning the job of nickel or dime cornerback, which the 50-year-old defensive coordinator sees as a different role, not just something you call your third and forth best corners, the ones who are good enough to play, but not quite good enough to start.

"It's a lot different covering on the outside part of the field than it is the inside," Schwartz said. "You have to have some miniature linebacker in you. You've got to enjoy the briar patch a little bit. You have to have the courage to throw your body up there against 240-pound running backs and you might have to take on a pulling guard from time to time or a tight end.

During that time, we'll also be making our own judgments based on what we see on the practice field and in the preseason, but it's hard to imagine a scenario in which all these guys make the team, right?

Follow minicamp and OTAs, Jimmy Kempski predicted that the Eagles depth chart at cornerback would look something like this once the roster is trimmed down to 53 players:

That would leave Shepherd on the outside looking in, as well as CFL cornerback Aaron Grimes, whom Schwartz seemed somewhat high on when asked on Tuesday.

But Schwartz also said that if they do the two things he's most looking for, he'll find a spot them.

"Just with the blend of veteran players: a guy like Nolan Carroll, who we talked about; Leodis McKelvin. Some young guys that have some opportunities: Jalen [Mills] has done a nice job for a rookie so far and Ron Brooks is going to have an opportunity. Guys coming off injury like ‘Shep,’ [JaCorey Shepherd] who has been out here. I think it's going to be exciting to watch those guys."

One name that was noticeably missing from that list is Rowe, who moved into a starting role late last season but has struggled with his technique transitioning to a new scheme. They can't be ready to give up on the second-round pick from 2015 already, right?

"If they show the ability to cover and they show that they will challenge guys, then we'll find use for all of them."

Starting Thursday, he'll have six weeks and four preseason games to prove he can do both.