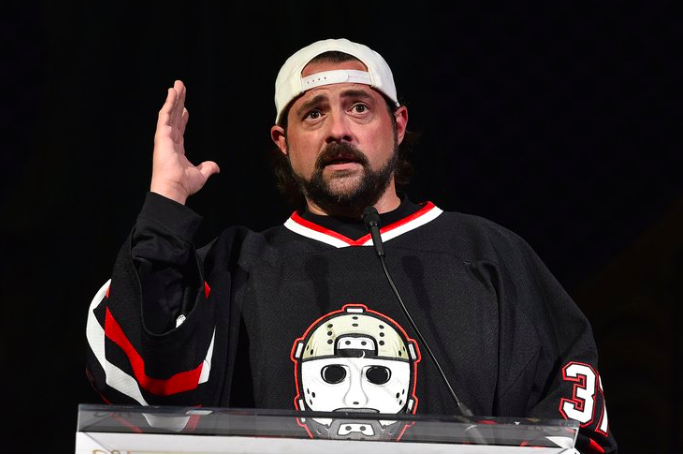 Director Kevin Smith reacted to critics who say his films since the 1990's haven't been up to his standard as an indie filmmaker.

Director Kevin Smith was a cult legend in the 1990's, buoyed by instant classics such as "Clerks," "Mallrats," "Chasing Amy" and "Dogma."

The New Jersey native and prolific podcaster wrapped up filming this spring on "Jay and Silent Bob Reboot," a satire that takes Smith's two most prominent "View Askewniverse" characters and pokes fun at the movie industry's obsession with recycling narratives.

It's a pretty safe bet for Smith, who was thoroughly roasted for the 2016 horror comedy "Yoga Hosers," which starred his own daughter in tandem with Lily-Rose Depp. Playing Silent Bob gives him a chance to influence the mood of the movie with tongue-in-cheek physical comedy.

Some of Smith's followers are skeptical that the director still has a good movie in him. Smith is aware of the criticism and finally took an opportunity this week to respond to one of his detractors.

People tell me the quality of my flicks went to shit when I got married and had a kid. If so, it was a fair trade: whatever ailed me as a piss-&-vinegar 20-something was gone, replaced by joy and contentment. Great art comes from pain - so maybe happy people don’t make great art. https://t.co/fRyCtgpJNb

Depending on how you look at it, the good news for Smith is that he survived a massive heart attack last year, which probably qualifies as something "ailing" him and "pain," by most definitions. The new lease on life — including the weight he shed and a vegan diet — might just have the effect of reinvigorating his creative abilities.

While a release date hasn't yet been finalized, "Jay and Silent Bob Reboot" is expected out before the end of 2019.