Lesbian, gay and bisexual people may be more prone to migraines 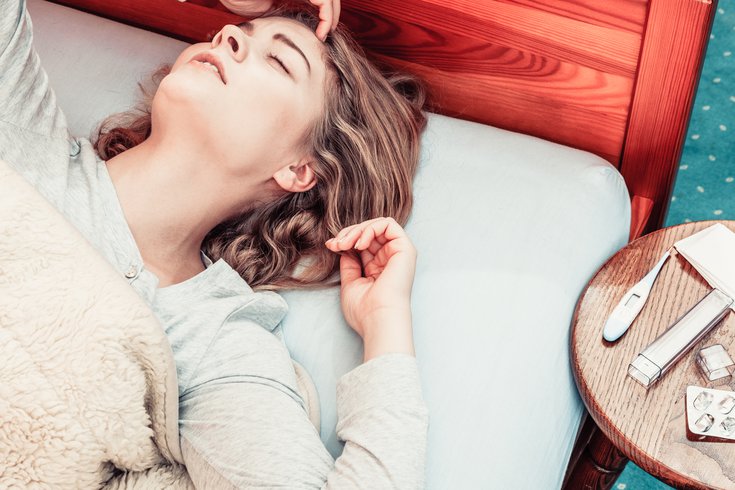 New research finds that lesbian, gay and bisexual people may be at higher risk of suffering migraines. Stress caused by discrimination may be a contributing factor.

Migraines are among the most common afflictions in the U.S., accounting for the fifth-most emergency room visits each year.

New research suggests people who identify as lesbian, gay or bisexual may be more prone to suffering migraines than straight adults. Discrimination and prejudice may play a role.

A study conducted by the University of California, San Francisco found that nearly one-third of lesbian, gay and bisexual participants experienced migraines. Overall, only one in six American adults suffer from migraines.

Researchers could not pinpoint the reasons LGB people are at higher risk, but they suggested that the stress from discrimination may be a contributing factor. Other studies have found that racial minorities also are more likely to suffer migraines, and stress is among the many causes of migraines.

"There might be a higher rate of migraines in LGB people because of discrimination, stigma, or prejudice, which may lead to stress and trigger a migraine," Dr. Jason Nagata, the study's author and an assistant professor of pediatrics at UCSF, told Reuters. "Physicians should be aware that migraines are quite common in LGB individuals and assess for migraine symptoms."

The study, published Monday in the Journal of the American Medical Association Neurology, found LGB participants were 58% more likely to say they experienced migraines than their straight counterparts.

People who identified as mostly heterosexual – defined by the study as being mostly straight but somewhat attracted to people of the same sex – also were more likely to suffer migraines.

Nagata told NBC News that doctors should be more proactive in assessing their lesbian, gay and bisexual patients for migraines.

"If you're a primary care provider and a third of your patients suffer from migraines, you should make it part of the intake process," he said.

The researchers interviewed more than 9,800 people, between ages 31 and 42, as part of the National Longitudinal Study of Adolescent to Adult Health. About 85% identified as heterosexual, 10% as mostly heterosexual and 4% as lesbian, gay or bisexual.

Given the survey's size, it is likely that some transgender people were included in the study, but it did not directly consider the link between gender identity and migraines.