Love and loathing in Philly: Best tweets about the Erin Express 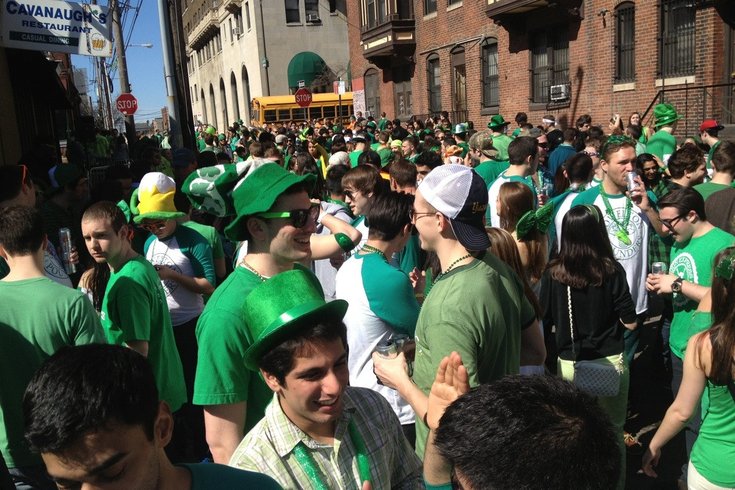 People celebrate outside of Cavanaugh's in University City for the Erin Express in 2014.

You can almost taste spring in the air here in Philadelphia as the calendar has turned over to March. And as always, with the changing of the season comes the annual drinking fest known as the Erin Express.

The event -- a St. Patrick's Day-themed bar crawl through the city -- splits Philly into two camps each year it rolls around: 1. Millennials/college students dressed in green and orange looking for an organized excuse to day drink and cause nonsense on what would otherwise be a peaceful Saturday afternoon 2. Residents expressing general disgust at such unashamed displays of public intoxication.

These camps manifest their feelings pretty strongly on social media. So, presented without comment, here are the best tweets from those who either love to participate or loathe the event with a passion:

Erin express was amazing 10/10 would recommend

Been going since 7am, what's up Erin Express 😎🙃🍀

Forgot it was Erin Express when I came to Philly. Not a good look. #LepreCant

Erin Express is the bane of my existence

@tartinegramercy it's Erin Express day where the "Irish" puke all over the city & ruin everyone's life.

I hate because I care. Hope you live to see tomorrow, #erinexpress attendees!

No, I don't think I will watch your 5minutelong Erin Express snapchat story

why is erin express happening outside. Why. I just wanna go to lab let me live

Erin express is terrifying do not come to west Philly

Ew why is Erin Express a thing

Ahh yes. The worst time of the year. The Erin Express.

If you go to Erin Express you're just automatically annoying.

Oh god I was just reminded it is Erin Express weekend. 😕😕😕😐