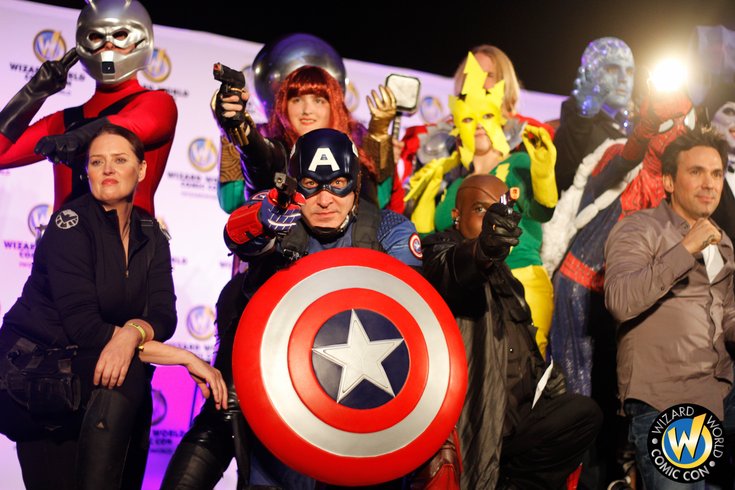 Philly's Wizard World Comic Con returns May 7 through May 10.

All kinds of pop culture fans will unite at the Wizard World Comic Con running Thursday, May 7 through Sunday, May 10. From "Star Trek" to "Gossip Girl," actors, writers and artists from some of the most popular TV shows and movies of the past few years will be in Philly for the weekend.

The four days include celebrity discussion panels, autograph signings and VIP meet-and-greets. David Tennant and Billie Piper of "Doctor Who," "Firefly" and "Castle" star Nathan Fillion, "Gotham" and "The O.C." star Ben McKenzie and Hayley Atwell of Marvel's "Agent Carter" will all appear to meet fans.

Stephen Amell of "Arrow," James and Oliver Phelps, who played the Weasley twins in the "Harry Potter films," and popular sci-fi actor Karl Urban, among others, will also attend. Actress Katie Cassidy will represent her current gig "Arrow" at a panel while her former "Gossip Girl" co-star Penn Badgley chats with fans of the series.

Actors like Burt Reynolds, Danny Trejo, Cary Elwes of "The Princess Bride," Lou Ferrigno and "The Cosby Show" star Keisha Knight Pulliam will also make special appearances. Plenty of WWE stars like Randy Orton and Roman Reigns will attend, as will athletes like Allen Iverson and Mychal Kendricks. The weekend's lineup is truly a mixed bag and features creators of the comic book community, too.

Though four-day passes are sold out, individual day passes are still available, and there is a variety of autograph and VIP packages -- paid for in addition to admission -- available.