We follow laws on seat belts and smoking. Why not on masks? 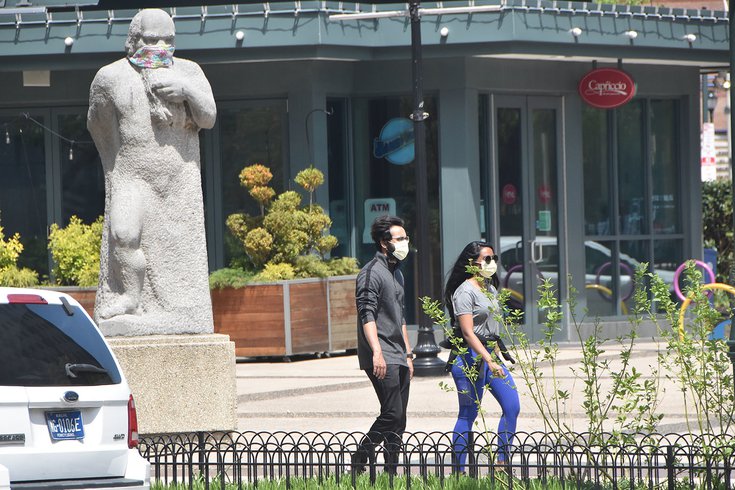 Thirty-four states and Washington, D.C., have adopted mask mandates, but many people, including law enforcement officers, are ignoring them.

I was a reporter in Rome in 2005 when Italy banned smoking in restaurants. I was skeptical. For many Italians, having a cigarette with after-dinner coffee was simply part of the meal, like dessert. Also, Italians are famously lax about following rules: They dodge their taxes and park on sidewalks. As I wrote back then: “Smokers declared — basta! — they would never comply.”

But to my shock (and ease of breathing, since I have asthma), very quickly everyone did.

If the Italians could do it with cigarettes, how come so many people in the United States aren’t following relatively simple mandates to prevent the spread of COVID-19, which has killed more than 200,000 Americans?

Thirty-four states and Washington, D.C., have some sort of mask mandate, but many citizens and law enforcement agencies are blatantly ignoring them.

On Sept. 13, President Donald Trump held an indoor rally with thousands of mostly unmasked supporters in Henderson, Nevada, in violation of a state mandate that prohibits gatherings of more than 50 people. Last week, Trump held a rally in an airport hangar outside Pittsburgh, where thousands of mostly maskless people were crammed, cheering, cheek-to-jowl — even though the governor had asked the campaign to follow the state’s COVID-19 rules on mask use and social distancing.

An infectious disease doctor in Florida told me she felt safest when she was in the hospital because, she estimated, fewer than a fifth of the people in her community were masking or social distancing in stores, despite a mask mandate.

Some conservative groups have challenged governors’ broad authority to order COVID-19 prevention measures. Last week, a judge appointed by Trump overturned Pennsylvania’s limits on gatherings. But the legal standing is relatively clear. "Governors absolutely have the authority during a public health emergency to make laws — to force people to wear masks, to limit gatherings," said Jaime King, an expert on health law at the University of California Hastings College of the Law. "So I’m perplexed at why people say, 'You can’t force me.'"

People who act as if these rules are optional might point to a double standard, asking why they should have to obey when others — such as protesters against racial injustice this summer — didn’t. But at the protests I observed in Washington and New York City, everyone was wearing masks and mostly kept at least 3 feet apart, outdoors and moving. Yes, some people broke curfews, but there were very visible attempts at enforcement.

Mark Hall, a professor of health care law and public health at Wake Forest University, noted that there are what he calls "hortatory laws" — laws that are more about encouraging social norms rather than mandating behavior. But, he said, those involve "trivial" trespasses. "This does seem like a law that has much more serious consequences," he said about the masking measures. "It’s not jaywalking or loitering or pooper scooping."

Maybe people just don’t like masks. But we routinely obey — and police officers routinely enforce — laws with which we don’t entirely agree.

You might think you can drive safely much faster than the speed limit. So maybe you push the boundary a bit, driving 65 in a 55-mph zone. But those who drive 70, 80 or more know they could well get a big ticket and so they (mostly) curb the impulse.

Many people originally objected to seat belt laws as an infringement on personal freedoms, but who doesn’t buckle up these days? Not smoking in restaurants and stores is now inviolable. My family had a dog in New York City when the Canine Waste Law took effect in 1978, and it was gratifying to watch women in minks suddenly start doing their pooper-scooping duty.

A big part of the reason adherence has been so variable is that governors generally declare the mandates, and local and city officials are left to decide how to enforce them. And these simple, sensible laws to protect public health have been politicized and wrapped up in controversy as no such laws before.

So now we have some law enforcement officials announcing that they won’t enforce masking laws or limits on gatherings imposed by their own governors in states like Ohio and Wisconsin.

"A sheriff or police chief giving advance notice that it’s OK to break the law?" said Hall. "There’s a new level of lawlessness to that." Imagine the authorities announcing it was fine to ignore stop signs.

The Italians’ miraculous turnaround on restaurant smoking offers lessons. There was consistent messaging: The law was there to protect nonsmokers’ health. And there were fines: 275 euros, around $320 today, for people smoking, and 220 euros for the restaurant managers or owners. The Italian police, who themselves could frequently be seen smoking while walking their beats, enforced the rule.

Gov. Andrew Cuomo was one of the few American governors who approached the coronavirus edicts almost militaristically (so un-New York) and got a tragic outbreak under control. In Maryland, a state with a Republican governor, a man who had two parties of 50 people at his home was sentenced to a year in jail.

But more governors have enforced these mandates timidly, almost apologetically. In many states, the message was muddled. In Pennsylvania, where disobedience could, on paper, lead to a $300 fine or up to 30 days in prison, state officials announced it wouldn’t be enforced against individuals. Officials announced businesses could face citations if they didn’t enforce the law, but the state was otherwise relying on citizens’ "good sense and cooperative spirit."

The repercussions from the Trump rally that defiantly ignored Nevada’s mandate? An angry tweet from the state’s Democratic governor criticizing "reckless and selfish actions." Donald Ahern, the businessman who allowed the event to take place in his company’s warehouse, was fined $3,000.

Enforcement is difficult when "permission comes from the top," said King. How can we expect Americans to mask up when they’re watching a Trump rally and "even he is breaking the law?"