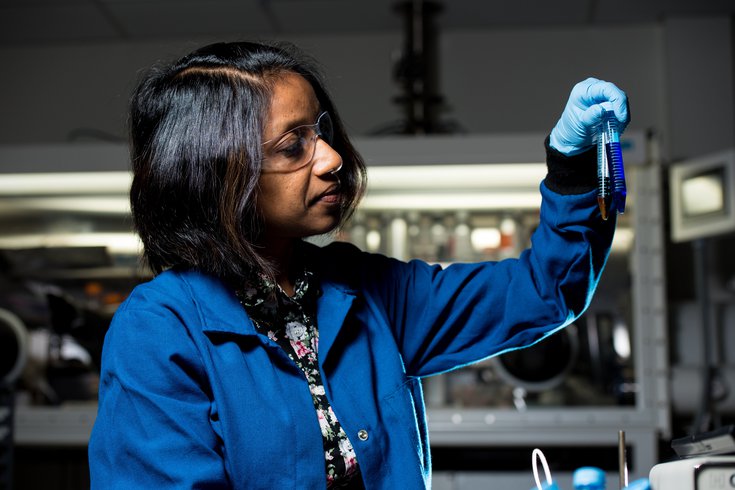 New Penn Medicine research suggests that increasing the number of female authors could improve female enrollment in the trials, too.

Less than 20% of the first authors of publications referenced in recommended heart failure treatment guidelines were women, according to the analysis, published in Circulation: Heart Failure. Less than 15% of the senior authors were women.

Penn researchers also found that only 16% of major clinical trials in heart failure had a female first or senior author. But in the clinical trials that did, there was a higher number of women enrolled as study participants.

Increasing the number of women participating in clinical trials has been a longstanding priority of federal health agencies, including the U.S. Food and Drug Administration.

Researchers can't know whether a new treatment or device will work for all patients in need without equal representation of both men and women in the clinical trials. The FDA also has similar concerns when it comes to racial and ethnic disparities in clinical research.

"Diversity in authorship can have a snowball effect across the field – not only in improving gender equity in cardiovascular medicine, but also perhaps in reducing the underrepresentation of women in clinical trials," said lead author Dr. Nosheen Reza, an advanced heart failure and transplant cardiologist.

"For many reasons, institutions are now taking a hard look at improving diversity, inclusion and equity, and our findings represent benchmarking data that organizations can utilize and build from."

Reza and her team identified authors of publications cited in 173 class I recommendations, which represent the strongest clinical guidelines and recommendations in the U.S., and those referenced in 100 European heart failure guidelines. They also looked at authorship related to heart failure trials with more than 400 participants conducted between 2001 and 2016.

In the U.S., women made up 18% of all first authors of referenced publications in heart failure guidelines. In Europe, they comprised 16%. They accounted for 13% of last authors in the U.S. and 12% in Europe.

The number of female authors in guideline citations increased between 1986 and 2016, but it only marked a modest increase, researchers said.

There also was very little change in the number of women who were first or last authors of major heart failure trials. Women only accounted for 16% of first or senior author positions. Yet in the trials where they did have these coveted positions, enrollment of female participants was higher – 39% vs. 26%.

"While the reasoning behind this interesting phenomenon is still unknown, it's clear representation is an important element for improving care for women," Reza said.

One hypothesis is that women are more likely to enroll in a clinical trial where the principal investigator is female. Or perhaps female researchers are more actively recruiting women for their trials, she said.

"Institutions must come together to make a committed effort to improve diversity, inclusion and equity on promotions committees, editorial boards, steering committees and other leadership in HF research enterprise," Reza said. "Women will not overcome these hurdles if these metrics and efforts don't change."

By advocating for more women in leadership and increasing mentorship of women in medicine, "we'll be able to develop future generations of experienced and accomplished women investigators and mentors in HF, and advance science together without leaving anyone behind," she added.