Things to do Memorial Day weekend in Philadelphia

Spending the holiday weekend in the city? Enjoy fireworks, festivals and more 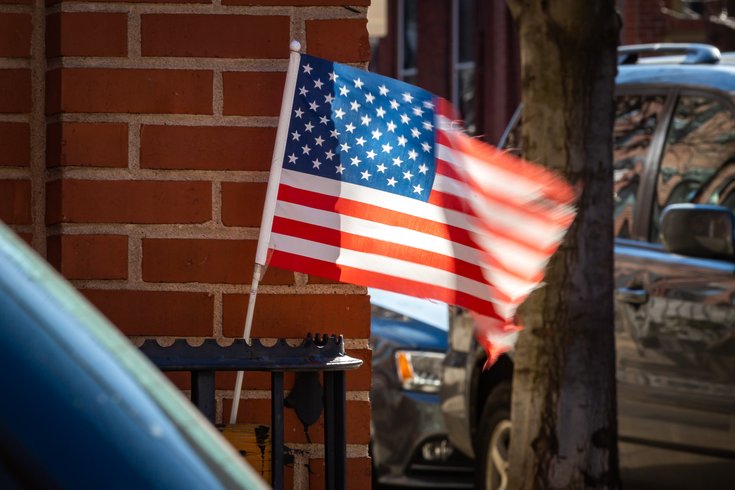 An American flag blowing in the wind.

Spending Memorial Day weekend in Philadelphia? There's lots happening in the city from Saturday, May 25, through Monday, May 27.

Our roundup of things to do includes a waterfront fireworks show, festival at Spruce Street Harbor Park, party at the Barnes Foundation and brewery barbecue.

Check out all the exciting things going on this weekend below.

On Saturday, there will be a free fireworks show and concert at the Delaware River waterfront. Full Spectrum, an eight-piece, pop and hip-hop band made up of members of the U.S. Air Force, will start performing at 8 p.m. The fireworks will begin at 9:30 p.m. Enjoy both shows from the Great Plaza at Penn's Landing.

Fifteen Manayunk restaurants will serve delicious mac and cheese samples, and also offer drink specials, from noon to 5 p.m. on Saturday. To join in the crawl, grab a ticket for $9.95.

Saturday evening, the Barnes Foundation is throwing a party combining art and music – and tickets are only $10. During the evening, attendees can step into a photobooth to become part of a living portrait, listen to poet Yolanda Wisher and her band and watch Hip Hop Fundamentals' high-energy show.

To end the night, there will be a concert where the audience is invited to get involved by taking the mic, dancing and cheering.

During the party, attendees will also have access to the Barnes' art collection.

Founding Footstep's Beer & Bands tour is BYOB and stops at breweries and beer gardens across the city. In between stops, local musicians perform on board and guests can test their rock 'n' roll knowledge during rounds of Quizzo.

The next tour is coming up on Saturday at 7:30 p.m. Tickets are $35, with a portion going to Rock To The Future, a local charity that provides after-school and summer music programs to underserved Philadelphia youth.

RELATED: A guide to all the free outdoor movies in Philly happening summer 2019 | Parks on Tap will visit a different Philly park each week for 23 weeks | Longwood Gardens bringing back illuminated fountain show for summer

Head to Good Good Comedy Theater on Memorial Day for lots of laughs and free beer. Will Miles, Kenny DeForest and Clark Jones will take the stage starting at 8 p.m. on Monday night. Tickets to attend are $12.

Cook Out at Love City Brewing

Starting at noon on Memorial Day, Love City Brewing will be grilling $2 burgers and $1 hot dogs (and will have veggie burgers and dogs, too).

The weekend-long festival at Spruce Street Harbor Park, courtesy of Univest, will include live music, free activities and a chance to win prizes.

If you haven't been to Spruce Street Harbor Park before, the family-friendly waterfront hangout has hammocks, games, beer and lots of food offerings, from sundaes to tacos.

To kick off summer, there will be an all-day festival at Penn Treaty Park on Sunday. Fit Fest, hosted by Almanac Dance Circus Theatre, will include circus arts, dance, yoga and other fitness workshops, as well as an acrobatic dance performance and other contemporary circus and dance shows.

Bring chairs or a blanket and a picnic for the free day of fun.

Visitors can learn how the holiday originated as "Decoration Day," an occasion to honor soldiers who gave their lives during the Civil War.

Special programming will examine what life was like for Civil War soldiers and take a look at some of the items they would have carried with them. Activities will include flag etiquette and flag folding workshops, arts & crafts, 18th century games and interactive shows.