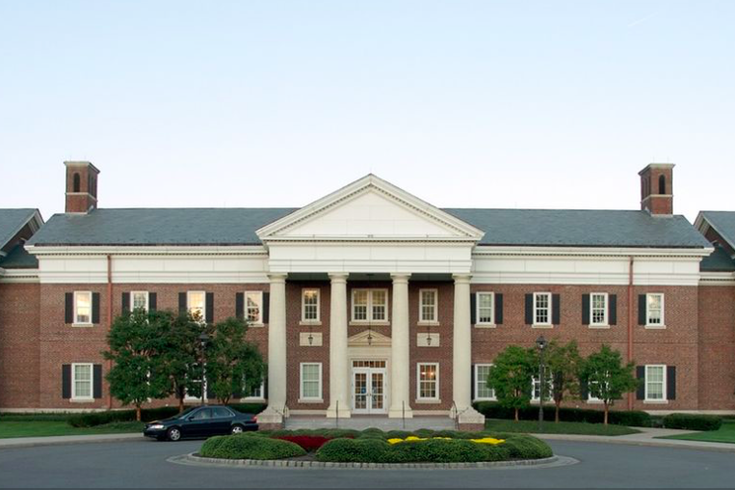 Paul Loser Hall at The College of New Jersey in Trenton.

Student researchers at The College of New Jersey in Trenton are calling on the administration to change the name of a building dedicated to a man whose past includes documented enforcement of school segregation.

Their cause may also be helped, incidentally, by the fact that the building is named Paul Loser Hall.

During the tense period leading up to the U.S. Supreme Court's pivotal decision in Brown v. Board of Education, Loser served as Superintendent of Trenton Public Schools from 1932 to 1955. In the early 1940's, two black women sued Trenton's Board of Education for allegedly forcing their children to attend a distant junior high school despite the presence of a predominantly white school within walking distance.

The case, Hedgepath-Williams v. Board of Education, ultimately reached the New Jersey Supreme Court, which ruled in 1944 that Trenton had "unlawfully discriminated" against the children in direct violation of state statues prohibiting boards of education from racial exclusion at public schools.

According to the documents presented by TCNJ students, Loser resisted the court's decision and took deliberate steps to punish the all-black New Lincoln School.

In an email to the TCNJ community, college president R. Barbara Gittenstein acknowledged the students' findings and committed to a campuswide dialogue about how to move forward.

"The information that was shared first in posters and later in news articles is due to the diligent archival research of several of our students," Gittenstein said. "I congratulate the students and their faculty mentor for having brought light to this important historical era."

Paul Loser Hall, situated at TCNJ's main entrance, was built in the late 1980's after late son Tom Loser and his wife Carol donated $1 million to the college. Another $5 million donation from the Loser family came in 2006.

"Many institutions across the country are grappling with similar circumstances," Gittenstein wrote, acknoweldging that the students' findings about Loser are inconsistent with the school's mission. "TNCJ must be thoughtful in understanding the full historical context but forthright in confronting the facts."

The reseach at TCNJ comes several months after Princeton University decided not to remove former university and U.S. president Woodrow Wilson's name from programs and buildings on campus over similar objections to his segregationist views. The university instead committed to taking concrete steps to expand diversity efforts.

TCNJ Provost Jacqueline Taylor has already reached out to the faculty mentor and students behind the research in order to start a conversation on campus.

"We have already received excellent research documentation and have asked to meet with the students to learn more," Gittenstein said. "We are hoping they will be willing to participate in campus presentations on the matter."