'This army can always use reinforcements,' Murphy says 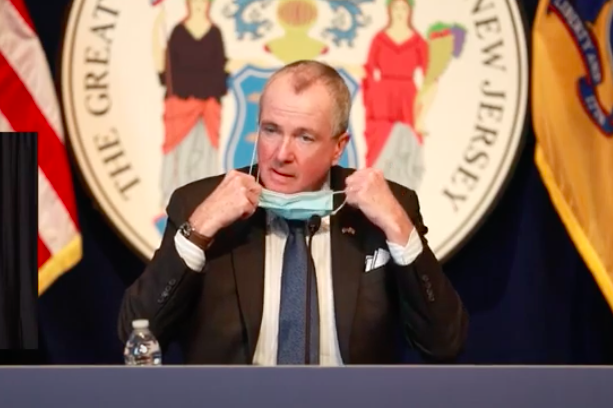 New Jersey Governor Phil Murphy takes of his mask prior to beginning his daily press briefing Friday. The state is the first to issue emergency medical licenses to foreign doctors amid the coronavirus pandemic.

New Jersey will become the first state to issue emergency medical licenses to foreign doctors in its battle against the coronavirus.

Gov. Phil Murphy announced the new policy, which was made in consultation with Attorney General Gurbir Grewal and the New Jersey Department of Consumer Affairs. The state has been among those hit hardest by the COVID-19 crisis.

"In doing this, New Jersey is officially tapping the tremendous wealth of international knowledge and experience to help us on our own front lines,” Murphy said in his daily briefing Friday. “It is entirely fitting that we are the first state to do this. This is a state where the immigrant experience is writ large in our collective history."

Temporary licenses will be issued to physicians who are licensed and have good standing in foreign countries. The state of New York took similar action recently, allowing graduates of foreign medical schools to treat patients after completing one year of residency.

New Jersey officials previously decided to grant temporary licenses to out-of-state providers willing to serve on the front lines. Thousands of people responded to the call. Murphy urged others to join.

"In particular we have a need for anyone with experience as a respiratory therapist, and for physicians, nurses and emergency medical technicians," Murphy said. "Already more than 22,000 of you have raised your hands, and many have been sent out to help, but this army can always use more reinforcements."

New Jersey launched a new website where residents can find volunteer opportunities to aid in the public health crisis. It can be found here.

New Jersey reported 3,250 new coronavirus cases, bringing the state's total to 78,467. There were 323 additional deaths, increasing the toll to 3,840 – five times greater than the number of New Jersey residents who died as a result of the 9/11 terrorist attacks.

There are approximately 8,000 people hospitalized with COVID-19, including 900 in critical care. About 1,000 ventilators wee in use as of early Friday afternoon.