Roughly 80,000 middle-class families will receive a $500 rebate next summer 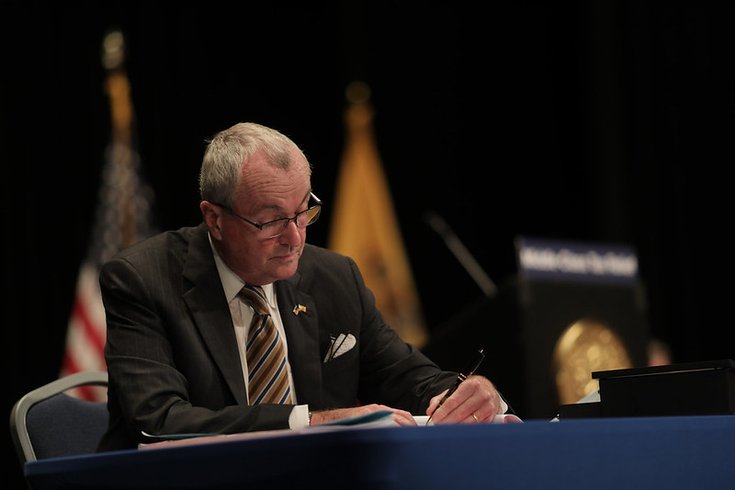 The millionaires tax has been reinstated in New Jersey for the first time in a decade, meaning that anyone earning at least $1 million will have to pay more in taxes this upcoming fiscal year.

It’s just one of several measures that the state is undertaking in its fiscal year 2021 budget to fill a roughly $5.28 billion gap and generate $2.5 billion in surplus amid the COVID-19 pandemic.

The $32.7 billion nine-month budget was signed into law by Gov. Phil Murphy on Tuesday. It took effect on Thursday after the state’s three-month stopgap budget and fiscal year 2020 expired. The newly-signed budget, which Murphy laid out last month, will run through June 2021.

The budget now lowers the 10.75% rate on income over $5 million to income earned over $1 million. The rate was previously set at 8.97%. It’s expected to generate approximately $390 million in revenue.

Roughly 80,000 middle-class families will receive $500 tax rebates next summer. Eligibility for the Earned Income Tax Credit has been increased to include thousands of more young adults. Combat zone pay has been excluded from the gross income tax to assist soldiers serving abroad.

The pension system will receive an additional $4.8 billion contribution from the state. The budget also fully funds the state’s transportation trust fund with $2 billion for transportation infrastructure and sets aside $100 million for small business grants.

It also allotted up to $4.5 billion in borrowing to help the state cover its expenses. Murphy signed a bill in July that permitted New Jersey to borrow up to $7.2 billion. The borrowed funds must first be approved by a four-person legislative committee.

The goal of the budget is to protect crucial services and programs during the public health crisis, Murphy said.

A budget is a reflection of values.

I’m proud of the budget we are enacting today.

We crafted this budget as we fought this pandemic – together.

This is the ultimate walk-and-chew-gum moment, and we rose to meet it.#NJBudget

“As we continue to grapple with the effects of the pandemic, building a stronger New Jersey requires us to continue to bolster the middle-class families who are the backbone of our state,” Murphy said. “This revised budget not only recognizes the realities of the pandemic, offering much-needed tax fairness, including tax relief to the middle class, but also maintains our core principles so that we can emerge from this crisis stronger, fairer, and more resilient.”

The $7.6 billion stopgap budget, which passed in June, cut about $1.2 billion in previously-authorized payments and deferred another $1.8 billion in spending to help New Jersey meet its basic financial obligations during the COVID-19 crisis. It did not include any new revenue drivers or raise taxes.