N.J. schools must submit digital maps of buildings to police to help first responders in emergencies 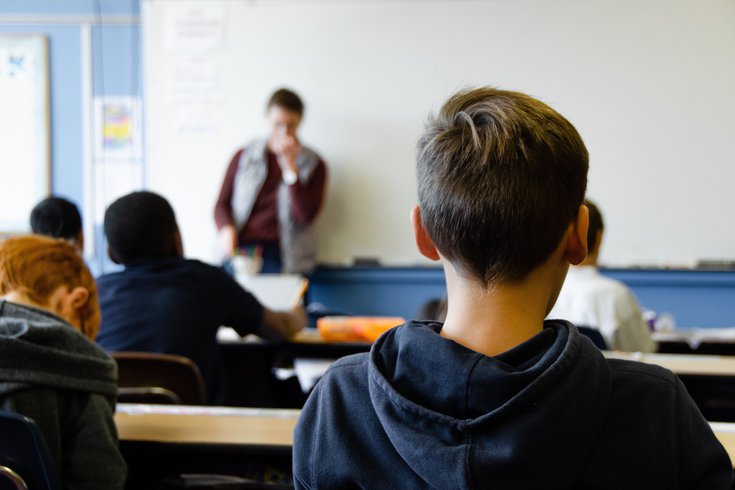 New Jersey schools are now required to submit digital mapping information to the police as part of a statewide effort to assist first responders in school shootings and other emergencies. $6.5 million from the American Rescue Plan will help map 1,500 schools in the state that do not already have the technology.

New Jersey schools are now required to submit digital maps of buildings and grounds to the police as part of an initiative to assist first responders in mass shootings and other emergencies on school campuses across the state, Gov. Murphy said.

All public and private schools across the state will need to submit electronic location data to local law enforcement ahead of the 2023-2024 school year. These include aerial images of school buildings, floor plans with room and suite numbers, all building access points, locations of hazardous materials and utility boxes and any other relevant location information.

The security requirement is the latest push by state officials to improve school safety and prevent school shootings or other forms of violence in academic settings. The initiative is funded through $6.5 million from the American Rescue Plan, and would require yearly revisions and walkthroughs by state officials to ensure that all maps are up to date in the event of an emergency.

"We have seen, time and time again, public mass shootings taking place across our country," said Murphy. "Providing our law enforcement and first responders with the critical incident mapping data will aid them in their efforts in case of an emergency at a school."

There are 1,500 schools in the state already mapped through technology used by the U.S. military called Collaborative Response Graphics. After state officials receive mapping and location data, the Department of Homeland Security and state police will create the electronic maps, NorthJersey.com reported.

Electronic mapping systems are more reliable than traditional, paper blueprints and aerial shots because they allow first responders to quickly access all of the information they need in one place, Murphy said.

"Given the rise in school shootings and other school-related emergencies around the country, it is paramount that, in addition to strengthening gun safety laws and bolstering mental health services, we also do all we can to protect our students through providing law enforcement and first responders with every available tool that could help save lives," said N.J. Sen. Joseph Lagana, who represents Bergen County.

Earlier this year, the state began requiring schools to organize threat assessment teams to evaluate students who may pose a threat to school safety. The legislation was written just one day after a devastating deadly shooting at an elementary school in Uvalde, Texas, which killed 21 people — including 19 students and two teachers — and injured 19 others.

Threat assessment teams provide administrators, teachers and support staff with a way to identify students most at risk for engaging in violence at school. When the measure goes into effect next fall, each team will be composed of a school counselor, at least one teacher, a principal or administrator, a school resource officer who reports to law enforcement and a school safety specialist.

Threat assessment teams have become popular in recent years as a prevention strategy for school shootings or other mass violence in learning environments. Rather than increasing police presence in schools, the threat assessment team works to determine whether a student's behavior is temporary or poses an actual threat.

The approach is drawn from a behavioral assessment strategy used by the U.S. Secret Service. A 2004 study from the Secret Service and Department of Education found that most perpetrators of school violence recorded their plans ahead of time, but they were not seen by police. This remains common among mass shooters, who publish manifestos on online forums like 4chan and Discord.

In January, the state secured $5.1 million in funding for school security projects across New Jersey, including the installation of silent panic alarms to alert first responders during an emergency as required by Alyssa's Law, which has since passed in New York and Florida.

Later that month, New Jersey education officials updated their requirements for school security drills to make them age-appropriate for students, eliminating the use of fake blood, real or prop firearms or simulations of gun shots that can traumatize children even if they never directly experience a violent incident at school.

There have been 618 mass shootings in the United States so far in 2022, according to the Gun Violence Archive, which defines a mass shooting as one in which at least four people are shot, excluding the shooter. 2022 is on track to be the second-highest year for mass shootings on record. 2021's record of 638 mass shootings is the highest since the organization began tracking data in 2014.