The brewery planned to open a distribution plant in Roxborough, but scrapped that project due to the COVID-19 pandemic 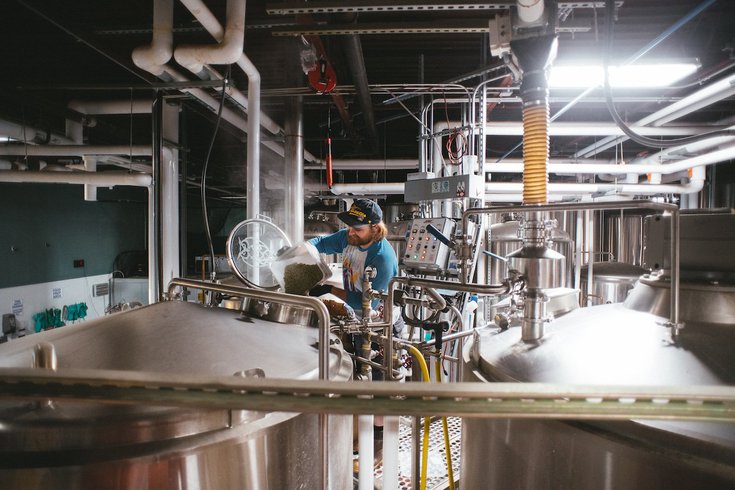 Packaged and draft Night Shift beers will be available in Philadelphia and the four collar counties starting next month.

Night Shift Brewing is coming to the Philly region next month, but not be in the way the Boston-based craft beer brewery originally thought.

After its plans to open a distribution plant in Roxborough fell through earlier this year, Night Shift made a distribution deal with Montgomery County's Penn Beer Distributors. The craft beer will be available for purchase across the Philly region starting in mid-November.

Penn Beer distributes other notable brands across the region such as Budweiser, Yards and Victory.

Our Philly brewery plans got cancelled so we bought the Liberty Bell. Philly wants it back though. Gonna trade 'em beer for it. ⁣ ⁣ Seriously though - Philly, the owl is coming your way! This November, we're partnering with @pennbeersales to finally bring Night Shift to the home state of co-founders @omaransb and @rob_nsb. Randomly fun fact - the building we were once planning to occupy was also the prior home of our new PA distributor. Fate has a funny plan. ⁣ ⁣ For the full @phillyinquirer story, check out our bio link. For the quick hits...⁣ ⁣ - Our core lineup of beers will hit shelves by mid-November - Santilli, Whirlpool, The 87, Nite Lite, Hoot, and more. ⁣ - Initially, our products will be in the following counties: Philadelphia, Berks, Bucks, Chester, Delaware, Lehigh, Montgomery, and Northampton⁣ - We're now hiring a PA Market Manager - see "Careers" bio link⁣ ⁣ We couldn't be more excited about this next chapter in our journey. Philly, see you soon! ⁣ ⁣ #craftbetter #sharethenight

Night Shift had planned for four years to set up a 130,000-square-foot brewery and distribution center at 401 Domino Lane in Roxborough by the end of 2020.

However, due to the financial impact of the ongoing COVID-19 pandemic, Night Shift terminated the lease for its $10 million Philly distribution center in May.

“We got concerned with the project,” Night Shift co-founder Rob Burns told the Inquirer. “We didn’t know what the future would hold, and we had to protect the mother ship before we extended ourselves further.”

However, Night Shift has said that it wants to eventually open a plant in the Philly area. The brewery has a local connection, as two of its co-founders hail from Bucks County.

Prior to the public health crisis, Night Shift was ranked the sixth largest brewery in Massachusetts.