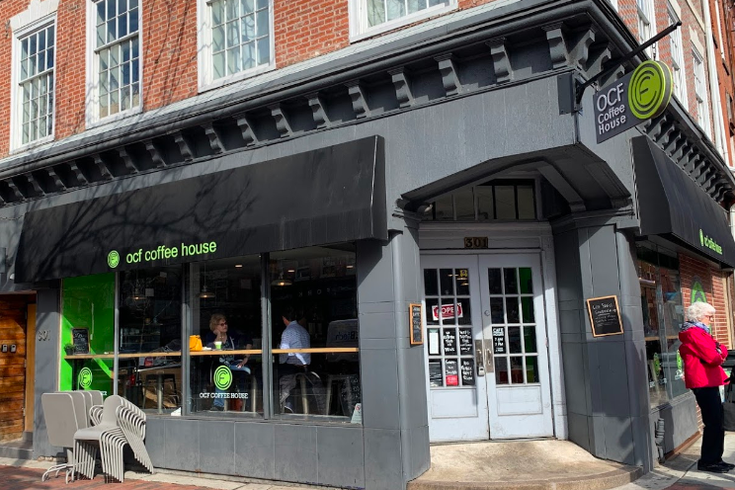 OCF Coffee House permanently closed its Old City location and will open a new store in Fishtown in August 2021.

OCF Coffee House had locations across Philadelphia in Fairmount, Rittenhouse, Old City, Point Breeze and University City before the pandemic. The pandemic hit the Old City store the hardest, and it officially shuttered on Jan. 1.

Owner Ori Feibush told the Philadelphia Business Journal that business at the Old City location plummeted 90%. The store averaged $100 a day in sales, compared to the thousands in daily profits it made before the pandemic.

"I ran lemonade stands in middle school that generated more business than that coffee shop does right now," Feibush said to the Journal. "It's disheartening, but it's got two customer bases: office workers and tourists, neither of which are in the market right now."

OCF Coffee House is one of dozens of Philadelphia businesses that have closed their doors for good because of the pandemic. Relief efforts are coming from a range of sources, from food delivery services like DoorDash to a national fundraiser led by Barstool Sports founder Dave Portnoy.

The Old City store had been operating under reduced hours and was closed on weekends during the pandemic.

Feibush said the closure was 'disappointing,' and that no amount of loans could have saved the shop. When COVID-19 dried up tourism and left people working from home, less people were coming into Old City and the smaller population already living in the neighborhood was not enough to keep the shop afloat.

The University City location, which predominantly served students, closed last year due to the pandemic, and Feibush said he doesn't think it will reopen.

Despite the Old City and University City closures, Feibush said OCF Coffee House will open a new location in Fishtown. The store will be located in a 10,000-square-foot office building and is set to open August 2021.

The closure leaves a vacancy at 301 Market Street that Feibush said will go for half the rent OCF Coffee House paid because of the pandemic.

He told Billy Penn in early December that widespread closures of restaurants and coffee shops could have an unexpected benefit for future business owners.

For example, when an OCF Coffee House closes, it leaves a fully operational coffee shop that new owners won't have to build on their own. That makes opening costs much lower for new entrepreneurs.

"The only sliver of encouragement is that the next generation of operators will have an opportunity that comes once in a lifetime here," Feibush said.