Opioid crisis in Philly has worsened since the pandemic, Kensington nonprofit says

Prevention Point distributed new syringes to 36,000 people over the last fiscal year – 3 times the total from 2019 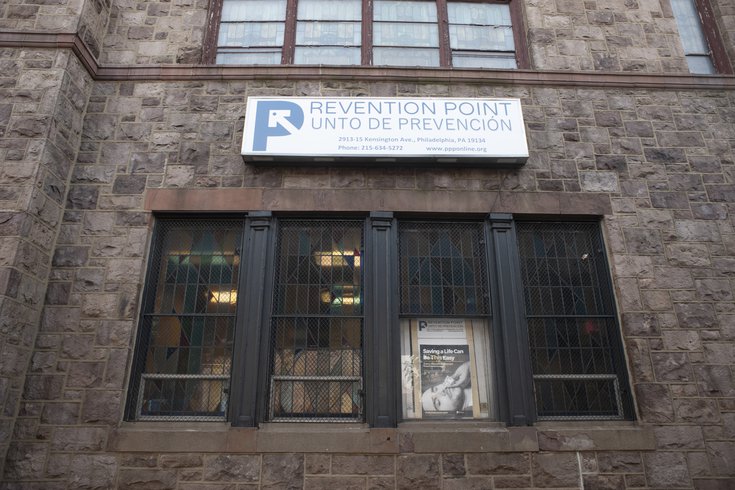 For the first time in its 30-year history, the nonprofit Prevention Point collected more syringes than it distributed. That's evidence that the opioid crisis in Philadelphia is growing, Executive Director José Benitez says.

More than 10 million used syringes were collected by a Kensington-based nonprofit over a recent 12-month stretch – the latest evidence that the opioid crisis has grown substantially since the COVID-19 pandemic began.

Prevention Point has offered drug users clean syringes in exchanged for used ones since its founding in 1991, an effort aimed at preventing diseases like HIV. But in a first, the number of used syringes collected by its syringe services program outnumbered the new ones it distributed over the last fiscal year, which ended June 30.

The syringes are collected by staff throughout the Kensington area and during community cleanups. People also can bring used syringes to Prevention Point's headquarters, at 2913 Kensington Ave., or eight city locations serviced by the organization's mobile teams.

"You would have probably assumed that we would see a drop right in the number of people using opioids, but that's not true," Executive Director José Benitez told WHYY. "What we did see is this exponential growth in people who are using opioids at this particular point."

Prevention Point provided syringes to 36,000 people over the last year – three times the total from 2019. In the last three years, the number of people seeking medication treatment for opioid use disorder increased by 845%.

Substance use and drug overdoses have increased nationwide since the COVID-19 pandemic began in March 2020, according to the National Institute on Drug Abuse.

Though testing for prescription and other illicit drugs dropped by 70% near the beginning of the pandemic, as most people were isolated in their homes, positive test results for fentanyl and heroin increased by 35% and 44%, respectively, research shows. Alcohol and cannabis use also increased during the pandemic, particularly among people with pre-existing mental health issues.

Polysubstance use – intentionally or unintentionally using more than one drug at the same time – can be unpredictable and deadly, according to the U.S. Centers for Disease Control and Prevention.

"The data shows that certainly coming out of the pandemic, we have the twindemic," said Delaware Lt. Gov. Bethany Hall-Long. "We continue to have an increase in co-occurring disorders. The data is telling us that persons have been turning to polysubstance use of meth, crack and cocaine, which are now being laced even more with deadly fentanyl — a trend for which we had not necessarily seen."

Drug overdoses have increased in Philadelphia since the pandemic started, killing 1,214 people in 2020. There were another 1,274 fatal overdoses in Philadelphia in 2021, based on preliminary numbers. Across Pennsylvania, 5,326 people died of overdose last year.

The proliferation of fentanyl — a synthetic opioid often mixed with other drugs — has contributed to the national increase in overdoses. In 2020, 81% of drug overdose deaths involved fentanyl. City health officials have warned residents that fentanyl is "in everything," meaning anyone who uses illicit drugs could be at risk.

To celebrate its 30th anniversary and raise funds for expanded services, Prevention Point is hosting a cocktail party with music and a silent auction at Globe Dye Works in Frankford on Tuesday, Oct. 18, from 6-9 p.m. All proceeds will support Prevention Point's programming, and tickets are available now.

At the time of Prevention Point's founding, it was illegal to posses syringes in Philadelphia. After lobbying efforts made by the organization, in 1992 Rendell – then the city's mayor – signed an executive order legalizing the possession of syringes and overriding state law.