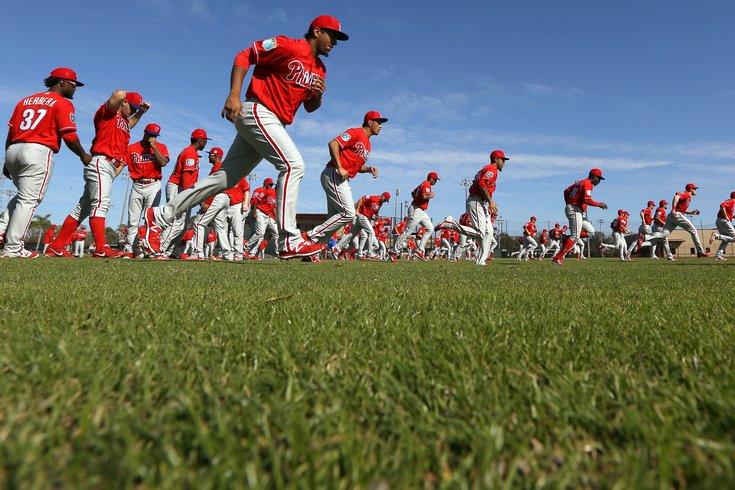 Phillies players warm up during spring training in Clearwater, Fla.

Right-handed pitcher Skylar Hunter, a 22-year-old in the Philadelphia Phillies minor league system, has been suspended for the first 50 games of the 2016 season following a second failed drug test for a drug of abuse, Major League Baseball announced on Wednesday.

Last season was Hunter's first in the Phillies organization after the team took 6-foot-1, 185 pound righty in the 12th round of the 2015 MLB Draft after his junior year at The Citadel.