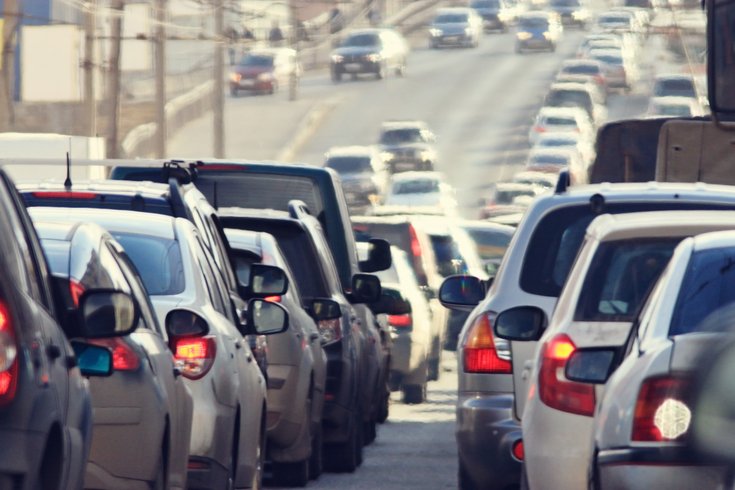 For the Schuylkill Navy Regatta, police said Kelly Drive will be closed between the Strawberry Mansion Bridge and Fountain Green Drive from 6 a.m. to 6 p.m. Saturday.

The Juneteenth Parade will take place in Center City beginning at noon Saturday and will impact travel on the roadways near Washington Square.

The parade route begins at Sixth Street near the northeast corner of Washington Square, moves south on Sixth Street and then west along the square to Seventh Street.

At Sixth and Market streets, the parade will stop for approximately 20 minutes for a ceremony in remembrance of those African ancestors buried in the unmarked graves.

Then the parade's participants will walk west on Market Street to Seventh Street and north on Seventh to the African American Museum at Seventh and Arch streets.

Traffic near the parade route is expected to be heavy at times, police said.

PennDOT has announced nighttime travel restrictions due to construction on I-95 in Northeast Philadelphia that begin Sunday night. The restrictions will affect the area near the Cottman Avenue (Route 73) Interchange.

The following restrictions will be in place from 8 p.m. until 5 a.m. daily from Sunday through Saturday, June 25:

• The I-95 north off-ramp to Cottman Avenue will be closed for paving on the northbound side of the highway. Motorists will be detoured north on I-95 to the Academy Road Interchange, then right on Linden Avenue and right on State Road to Cottman Avenue.

• The Princeton Avenue on-ramp to I-95 north will be closed for overhead bridge construction. Motorists will be detoured north on State Road, left on Linden Avenue and right on the ramp to I-95 north at the Academy Road Interchange.

This roadwork is part of the $212 million project to rebuild the Cottman Avenue Interchange and widen the 1.4 miles of I-95 connecting to the interchange.

Visit 95revive.com for more information about I-95 improvement projects.