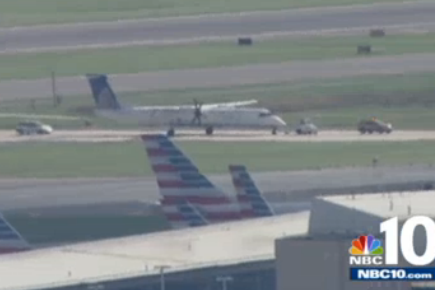 A United Airlines Flight heading from Raleigh, North Carolina to Newark made an emergency landing at Philadelphia International Airport on Tuesday.

The landing occurred around 4:15 p.m. All 75 passengers were evacuated safely and there were no reported injuries.

A temporary groundstop was lifted shortly after the landing, and both inbound and outbound flights are returning to normal. One runway remains closed.

NBC Philadelphia reports that the cause of the emergency landing was a fire in one of the plane's engines.