Police: Duo sought for pair of armed bank robberies within 90 minutes in Philly 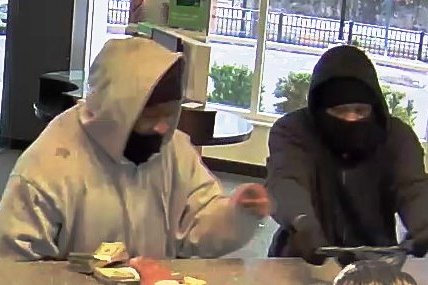 Both suspects in TD Bank located at 5501 Ridge Avenue in Wissahickon.

Authorities are asking the public for help Saturday identifying a pair of suspects in connection with two armed robberies that occurred within 90 minutes of each other in Philadelphia.

The FBI and the Philadelphia Police Department said both robberies happened Saturday morning in Northwest Philly.

Around 10:30 a.m., a man entered the Citizens Bank located at 8616 Germantown Avenue in the Chestnut Hill section of the city. Armed with a handgun, he demanded money from the teller and fled on foot after obtaining an undisclosed amount of cash. 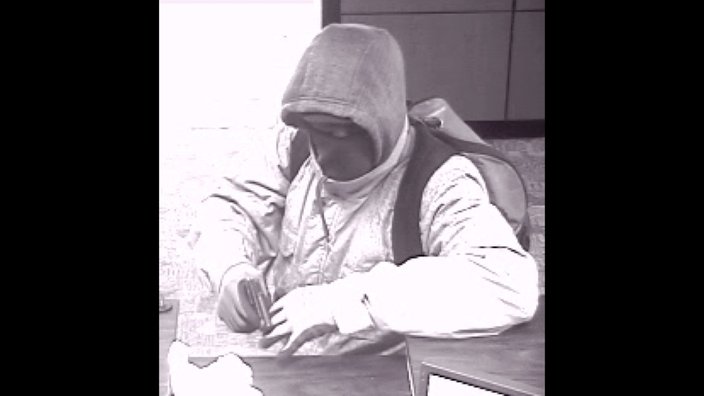 The suspect in the Citizens Bank located at 8616 Germantown Avenue in the Chestnut Hill.

Less than 90 minutes later, the same man went to the TD Bank located at 5501 Ridge Avenue in Wissahickon just before noon with another male suspect. The pair displayed a handgun, received an undisclosed amount of money and fled the area.